It was the first day of the Discover the real Victoria, made in Kensington Exhibition, 24th May, a glorious day of summer sunshine and the Palace grounds were a busy sight! People sunbathing, reading or just relaxing.

The queues to the ticket office was long…

Fortunately for me, I did not have to wait in queue to get a ticket with a timed entry. As a Member of the Historic Royal Palaces, I get to visit at anytime and as many times as I wish. You can read more on the benefits of this Individual Membership here

Here’s how my day went at the exhibition in Kensington Palace.

The exhibition was in two parts – Victoria: Woman and Crown and Victoria: A Royal Childhood.

Victoria, A Royal Childhood was the first of the two exhibitions where I began my tour.

It was not overwhelmingly crowded as I anticipated it to be. I had plenty of time on my hands and I did not want to rush through. The exhibition allowed the visitors to follow a route through a suite of rooms and it did give me a feel of how Victoria grew up. There were many rooms here, and these have been curated to reflect how they would have been when young Victoria grew up. I will just mention a few that is of interest and which relates to the exhibition particularly the Red Saloon room, the Dance room, the Baby room, and the Playrooms.

Read: Kensington Palace – Why you should visit this 18th century historical gem

The Red Saloon Room was where Queen Victoria held her first meeting with the Privy Council, the most senior ministers and advisors, on 20th June 1837.It was laid out with pretty little miniature figurines on top of the large long table, depicting the scene as painted by Sir David Wilkie (1785-1841) in 1838.

1.2 | The Dance Room where Victoria had her first dance with Albert

The dance room was dimly lit with a piano in one corner of the room.

I thought that the room was rather small. It was a little crowded here, so I walked briskly through to the next room.

1.3 | The Baby Room where Victoria was born

The baby room where Princess Victoria was born was one of the highlights of my visit.

The room was dressed in green wallpaper which, perhaps, reflects her maternal Leiningen heritage. It was gently warm, the drapes neatly pulled back and the sunlight coming through. It was not difficult to imagine for a moment, stepping back into history, where the room was the same, and the glorious sunshine streaming through on a very ordinary Spring morning, same day in May, 200 years ago. Described as “a pretty little Princess, as plump as a partridge” by her Mother, the Duchess of Kent in a personal letter, the heir, fifth in line to the throne was born.

I remained fascinated with the unfolding of her story as I continued on to Her playrooms.

Her playrooms were well laid out with a toy box in the centre of the room. There was an invitation for children to sit on the carpet and play with the toys from the toy box, a gesture which I thought was unusual. I have visited many palaces and castles during my visits and usually there are signs that says “please do not touch” – I was pleasantly surprised that here, and I welcome the idea too, to engage children-visitors to get the feel of how Victoria played.

I was enchanted with Victoria’s doll house, with its miniature furniture and pretty colours. It was an ordinary London townhouse. It is thought that it was probably made by the palace staff with household bibs and bobs and scrapes of pretty pink palace wallpaper.

The Ten Wooden Peg Dolls caught my attention. Victoria started collecting these when she was 11 years old. After two years, she had 132 dolls, each with a name and its own background story either after her favourite dancers or imaginary ladies.

Victoria had vivid imagination and would describe the characters in detail. She was lost in writing her own stories.

The rooms displayed her journal entries and, in some instances her handwritten entries. These captivated my interests and I spent some time reading them. The sight of “Kensington System” hung on the wall and the distressing effects of these rules did not go amiss but I remained fascinated by her story.

There was a Theatre room which was cute. Victoria loved the theatre, and she attended the concerts and the theatre shows as often as she could. It was one way to escape the constraints of the “Kensington System”.

From the Royal Childhood of Victoria, the exhibition continued on to Woman and Crown Exhibition.

Read: Kensington Palace Gardens – an idyllic getaway from chaos of the City

There were a lot of information exhibited here and dresses she wore. This exhibition was aimed at unveiling the private life of Queen Victoria behind the carefully controlled public image of her role as queen, wife, mother and empress.

As a woman, Victoria was totally in love with Prince Albert. She commissioned a secret portrait of herself as a surprise gift to Prince Albert for his 24th birthday. The portrait shows Victoria in a simple ivory gown, looking relaxed, with her long hair round her shoulders in a sensuous manner – intended for his eyes only!

As a wife, Victoria adored her husband, Prince Albert. In her words, he was “an angel whose brightness shall illuminate my life” – she submitted to the choices of her husband in all matters.

The dresses and the jewellery she wore was often designed and chosen by Albert. They both often appeared in public together which made them popular with the nation.

One of the displays exhibited a gown worn by Victoria which was originally in bright pink and fashionable at that time. Queen Victoria always wore a bonnet when in public with Prince Albert because she did not want to upstage her husband who had no right to wear a crown. A stark contrast to the black gowns, and widow’s bonnet which she was so famous for wearing later in life.

As a mother, I think her views can best be attributed to one of her journal entries in 1952:

“Children, though often a source of anxiety and difficulty, are a great blessing and cheer and brighten up life, and to see us after 12 years surrounded by this blooming family is a source of great gratitude”

As an empress of the world’s largest empire, the exhibits displayed the story behind her love affair with India, the Koh-i-Noor diamond, her friendship with deposed Maharajah Duleep Singh.

There were exhibits of her personal diaries inscribed in Urdu.

There were further exhibits on her visits to the Scottish Highlands and Balmoral. The couple’s first visit was in 1848 and she captured their first moments in her journal entry where she wrote:

“All seemed to breathe freedom and peace, and to make one forget the world and its sad turmoils”

They loved the mountains, the people, the highland games and the dances.

Queen Victoria published a book in 1868, ‘Leaves from the Journal of our Life in the Highlands from 1848 – 1861’ – this book were of extracts from her journal, of her time in Scotland with Albert.  The book sold 80,000 copies in the first 3 months. You can purchase a copy by clicking the link below:

Buy your copy from Amazon:

Read more on 200th Anniversary of Queen Victoria’s Birth – this blog contains a video on Balmoral Castle which gives a splendid view of the beauty of Scottish Highlands.

Queen Victoria once said of Osborne House, that “it would be impossible to imagine a prettier spot” and one could not agree with her more! Osborne House became her permanent home till her death in 1901.

Read: Isle of Wight and the Victorian Love Affair with the island

Visiting during Covid-19 and adhering to safety measures – Pre-booking and selecting a specific time slot is required prior to the day of your visit. All related information are here for you to peruse.

The ticket covers entry to Kensington Palace and the Discover the Real Victoria – Made in Kensington Exhibition.

You may wish to consider purchasing an Annual Membership with the Historic Royal Palaces which grants you unlimited access to 6 Royal Palaces including Kensington Palace.

Is this post valuable to you in aiding your travel plans to Kensington Palace? if so, let me know in comments below or via Contact Form. I would love to hear from you.

More to read – navigate via the images

Szentendre, the quaint heritage town on the Danube Bend is an expanding happy hug of colours. exuding a Mediterranean atmosphere. The narrow alleys swirl around the main square as petals to a rose with sunlight keeping the town in ever-glow… 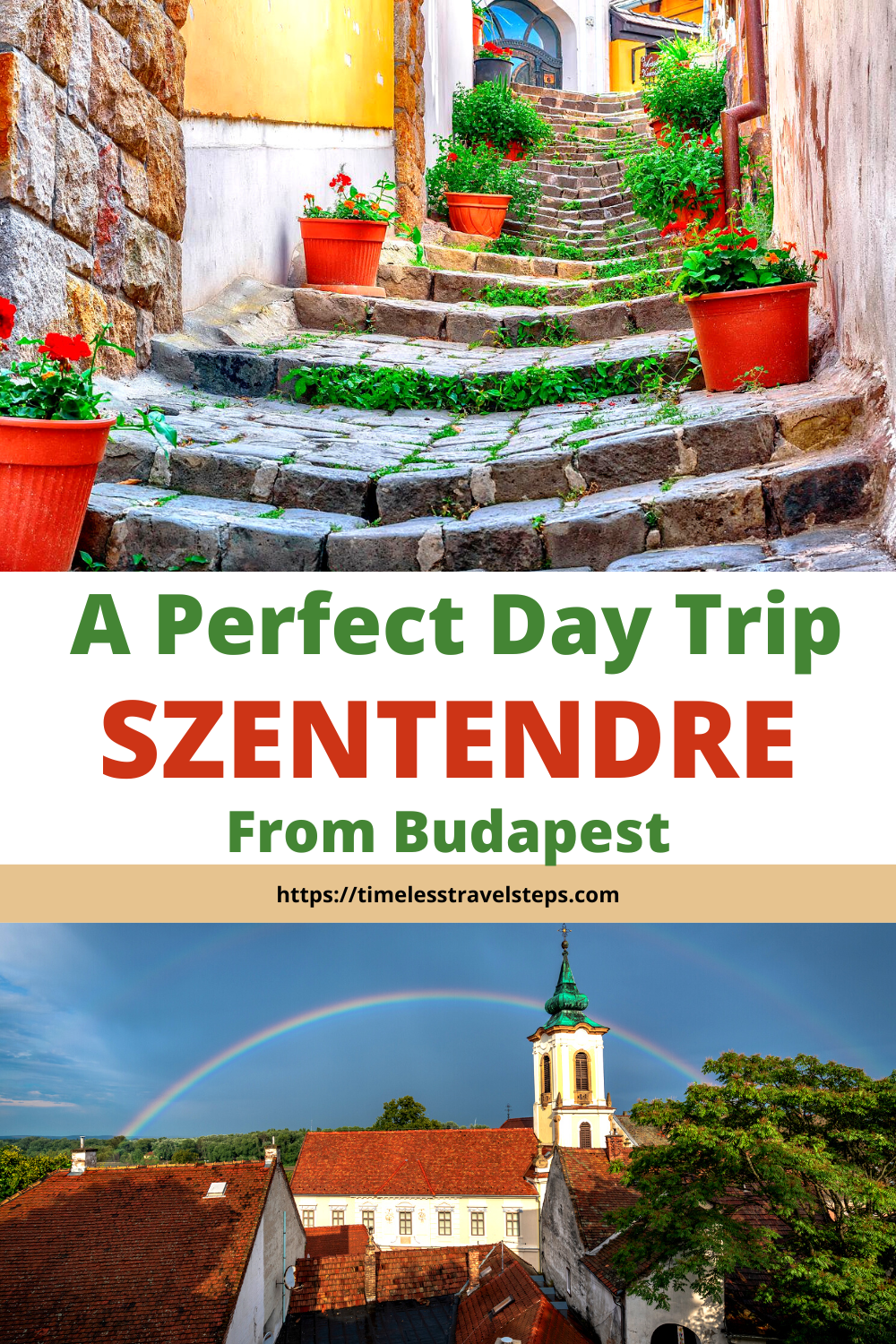 We move from spring into summer, with spring flowers blooming, birds chirping and delightful warm days in the northern hemisphere. With adorable bluebells and daffodils along with Hawthorn and Lily of the Valleys adorn the grounds. Beautiful mountains and colourful meadows make it perfect for biking through those scented lush fields. 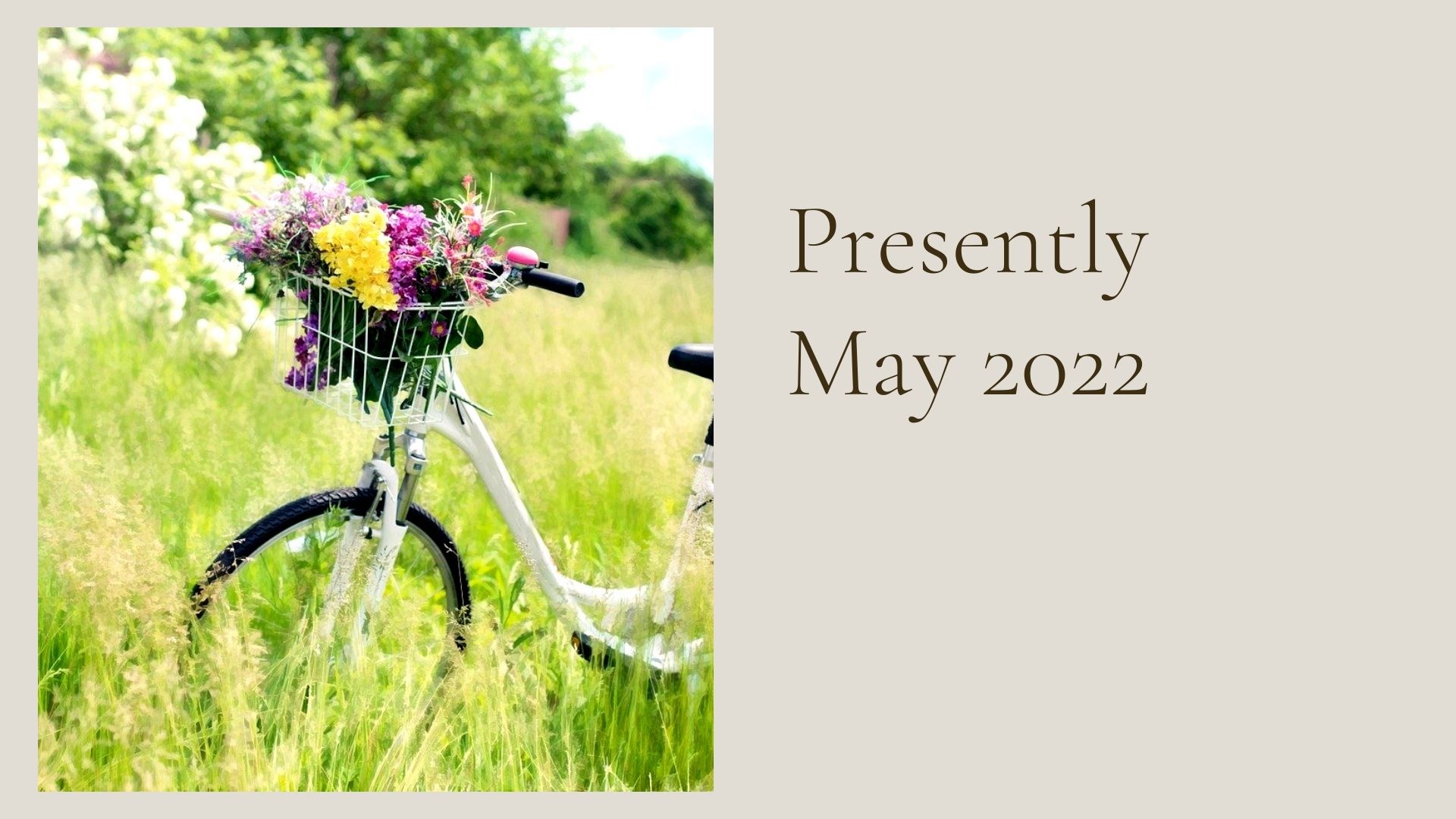 Visiting Budapest? This comprehensive guide has all the cool things to do in this beautiful city that makes the Hungarian capital famous, alongside the best, tried and tested tips. 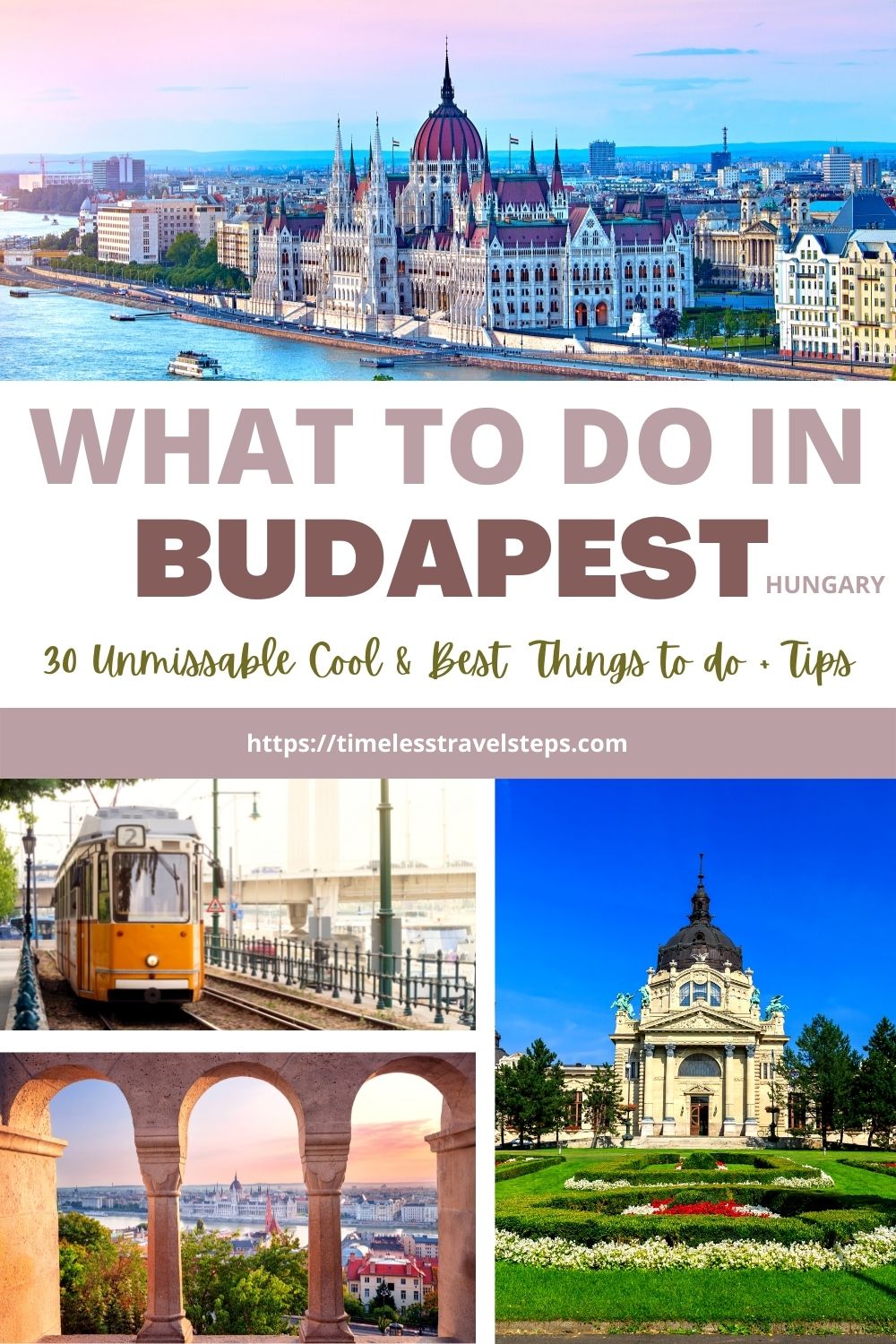 Travelling to the fashion metropolis and wondering where to stay in Milan? These top 5 neighbourhoods suit all interests and are ideally located within reach of the best and popular sites for visitors. You may like to read other articles on London also

For the wanderlust in you

Navigate to all articles on the blog

All articles on London 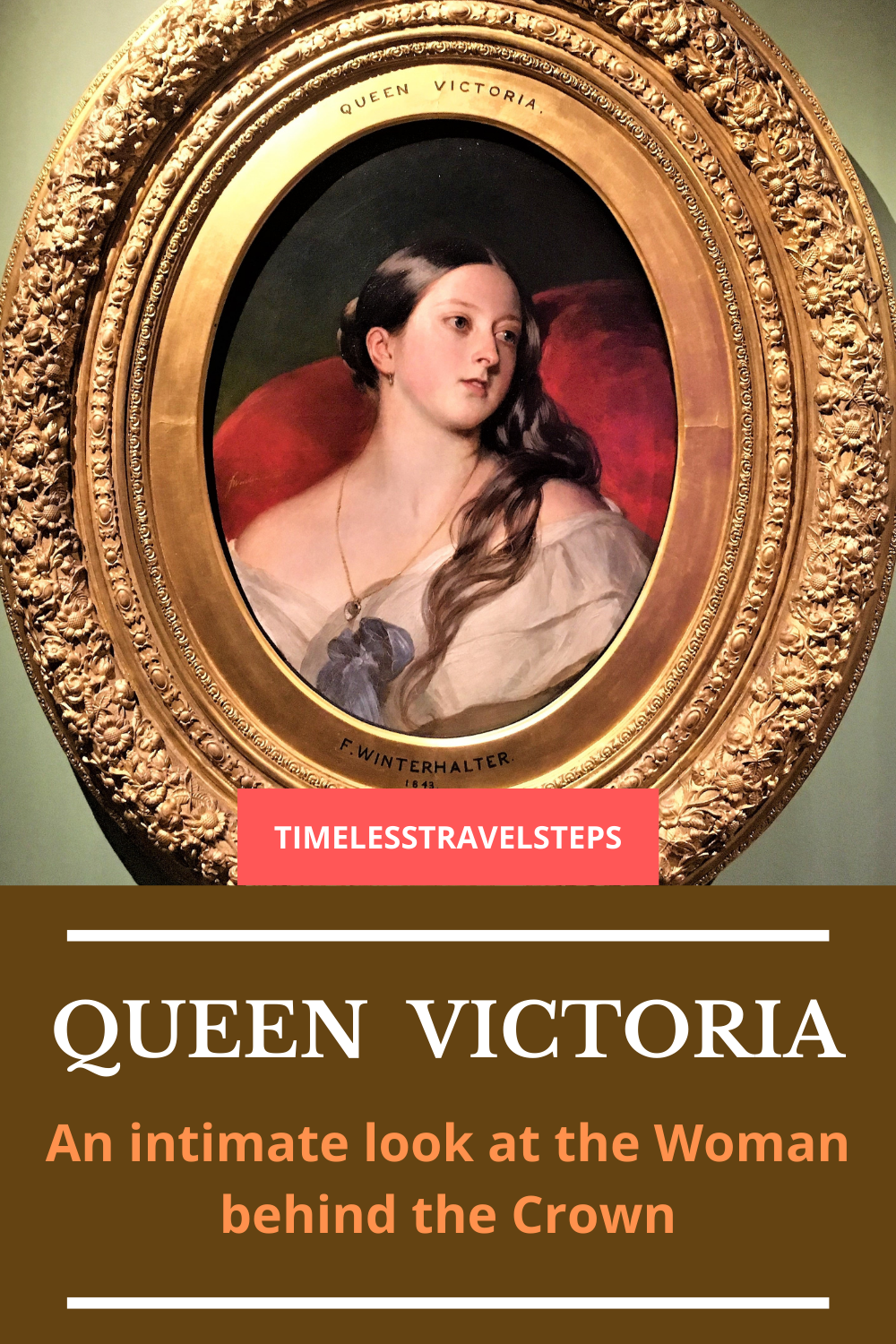