Beauchamp Tower London is one of the many hidden gems beyond the walls of the fortress of Tower of London. The Tower of London is an iconic landmark and significant in English history, which famously carried the tag ‘a fortress, a palace and a prison’ The Tower occupies an area of 18 acres along the Thames River in London and attracts almost 2.86 million visitors each year. The Beauchamp Tower played a key role in the history of the Tower of London as residence to high-ranking prisoners. This article takes you on a brief journey of its historical significance and the beautiful graffiti at Beauchamp Tower London which were left by these prisoners that you may find in this historical gem if you were to visit Beauchamp today.

Beauchamp Tower is easily missed as visitors seem focused on the White Tower and the Jewel Tower. Moreover, if you are limited to time, you may give Beauchamp a miss but I suggest that Beauchamp is worth a visit and deserving of a place on your list.

I discovered Beauchamp Tower on my visit as I retraced my footsteps in London. I have been to Tower of London many times before but had never visited this tower. I learnt so much of historic England from my visit here which I share with you here.

Read about the Tower of London – the Best Guide before your next visit.

Beauchamp, pronounced as “beecham” is one of the twenty-one towers at the Tower of London and forms part of the inner defensive wall of Tower of London. It was built between 1275 and 1281 towards the end of the first leg of modernisation of the Tower, under the reign of King Edward I.

Built mostly of brick, but with stone externally, the tower takes its name from its first prisoner, Thomas Beauchamp, 12th Earl of Warwick. Thomas Beauchamp was imprisoned here in 1397 by Richard II.

The tower’s close proximity to the Lieutenant’s lodgings (now, the Queen’s House) made Beauchamp Tower a significant and a perfect place throughout history to accommodate high-ranking important prisoners.

Prisoners of the Beauchamp Tower London

Amongst the important prisoners at Beauchamp were John Dudley, Duke of Northumberland and his four sons. One of the sons was Guildford Dudley, the husband to Lady Jane Grey. Here’s a brief look at the Dudleys and Lady Jane Grey.

John Dudley, Duke of Northumberland was imprisoned at the Beauchamp Tower along with his four sons because he wanted his daughter-in-law, Lady Jane Grey to be Queen of England.

John Dudley and his sons were condemned as traitors in 1553. He was executed for treason at Tower Hill on August 22, 1553. Guilford Dudley, husband to Lady Jane was executed in February 1554. Following his execution, the three brothers were pardoned and released.

Lady Jane Grey was born in 1837 in Leicester, England. She was the great-grand-daughter of King Henry VII. Her life began with great promise and high expectations but ended tragically, due in part to the political and religious upheavel that existed during this time.

Lady Jane inherited the throne from Edward VI and was Queen of England for just nine days. She was deposed by Catholic Mary I, on July 19, 1553 and was imprisoned in the Queen’s House.

On the morning of 12 February, 1554, from her window, Lady Jane watched her young husband, Guildford Dudley, leave Beauchamp Tower for his execution at Tower Hill, and his headless body return for burial at the Tower Chapel of St Peter ad Vincula.

Later, on the very same day, Lady Jane was executed at Tower Green. She was seventeen years old.

Guildford Dudley, born in 1535 was an English nobleman who married Lady Jane Grey in an elaborate celebration about six weeks before the death of King Edward VI. Guildford and Jane spent their brief rule together at the Tower of London until they were condemned to death for high treason, thereafter in separate quarters.

On the morning of their execution, Guildford requested to see Lady Jane one last time. Jane refused, saying:

“would only … increase their misery and pain, it was better to put it off … as they would meet shortly elsewhere, and live bound by indissoluble ties.”

Guildford Dudley was executed at Tower Hill on the morning of February 12, 1554.

Other prisoners at Beauchamp Tower London

Other notable prisoner at Beauchamp Tower was Lady Jane Rochford, lady-in-waiting to Queen Catherine Howard, the fifth wife of King Henry VIII. Lady Rochford’s confession was instrumental in the tragic death of Catherine Howard. Her interrogation drove her insane and she was executed on the same day as Queen Catherine on February 13, 1542.

As the tower was used throughout English history as a prison, there were other prisoners as well such as William Tyrrel and Thomas Peverel. Most recently, it accommodated several German spies during the World Wars.

You may wish to know more about the German spies and you can access information here. The last person to be executed at the Tower was Josef Jakobs, also a German spy at the end of WWII.

Graffiti in the Beauchamp Tower

What makes Beauchamp Tower London famous these days is the discovery of graffiti beneath the many layers of history on its walls. These graffiti on the wall were left by prisoners.

The inscriptions were made during the 16th and 17th century when the religious and political turmoil was at a height and the prison was home to many high-ranking and important prisoners such as the Dudleys, William Tyrrel and Thomas Peverel. Some of these inscriptions are bold reflecting painstaking carving while others are thin and somewhat spidery. They are a few that seem to cluster in specific locations of the Tower.

These sombre inscriptions represents thoughts of the prisoners and a powerful need to leave some form of record of their existence. A record, so they are not lost forever. It is an assertion of their beliefs and identity but above all, a strong will of defiance not to be cowed by political and religious tyranny. Some prisoners were held in gloomy cells, while others could move freely within the Tower grounds. Their treatment and fate depended on their social status and their crime.

*Lady Jane Grey was given access to the garden in December 1553.

Timeless Travel Steps says: When I visited, there were a number of people here so I could not take a closer look at the graffiti. I am intrigued by these inscriptions and am motivated to discover more on this part of history at the Tower of London.

One thing to bear in mind when visiting here is the narrow entrance and the narrow spiral stairway – there is only one of these, so visitors going up as well as those exiting the exhibition use it. If you are at the bottom of the stairs, waiting for the moment to get up – don’t! Don’t wait because you shall be waiting for a long time (like I did!) and others behind you will get ahead of you regardless of your politeness!

Entry to the permanent exhibition in the Beauchamp Tower is included in the entry ticket to the Tower of London. It is reasonably priced at £25.00 and is valid for one day – take a look here.

Published by the British Library, the book contains a short historical sketch of the building, and the prisoners formerly confined therein: collected from State papers, records, and other authentic sources: by W. R. Dick.

I sincerely hope that you have enjoyed reading this article and have found it valuable towards planning your visit to Beauchamp Tower. Do share your thoughts in comments below.

The Tower of London is vast and offers a thousand years of history within its walls. If you are in a rush, you may not experience all of what Tower of London has to offer. It is highly recommended that you spend at least four to five hours (subject to the time of day and the season you choose to visit) when you visit. Have a break in between and enjoy the hospitality at the cafe.

You may also enjoy reading other articles on London and here are a few that you may like:

What is next to St Paul’s Cathedral from medieval times

All about Kensington Palace

Queen Victoria | An intimate look at her childhood and the Woman behind the Crown.

You can access all my stories on the blog here

Plan a trip to London – here are some ideas for you

Travel resources at a Glance

Planning your dream vacation? Excellent! Here are all the Resources and Practical information you need for your self-guided or guided vacation.

I have a few choices. Search Google flights because they offer very competitive prices. You could also try Opodo for cheap airfares. For special experiences, go to On the Beach and Jet2Holidays. My all time favourite has been Qatar Airways for long-haul flights for the comfort and their first-class service. I use British Airways as well. For all other global deals >> kiwi.com

My favourite website for booking hotels is booking.com – I love their flexible cancellation policy which means I’m covered till the last minute. I also like that the totals show up for the whole stay so it helps me budget better. Other favourites of mine are Millennium & Copthorne Group of Hotels and Resorts for their consistent high quality accommodations and service. You could also take a look at the Radisson Hotels chain that caters for all budget. For accommodations in UK that has a personal touch and affordable luxury, stay at Hotel du Vin.

My all time go to resource for unique experiences and tours is Get your Guide. I am also a fan of Viator for their special deals. You shall find suggestions on recommended tours sprinkled throughout TTS on each experience I write about.

Never travel without travel insurance and never overpay for travel insurance! I use and recommend World Nomads for your travel insurance needs. They even insure on the go. Before purchasing any any travel policy, read through the terms to ensure that the plan is right for you and your trip.

Never travel without these! I use and fully endorse all the products on this page but especially: High powered wireless power bank, Universal travel adapter and unlimited portable pocket wifi.

Learn more of our World 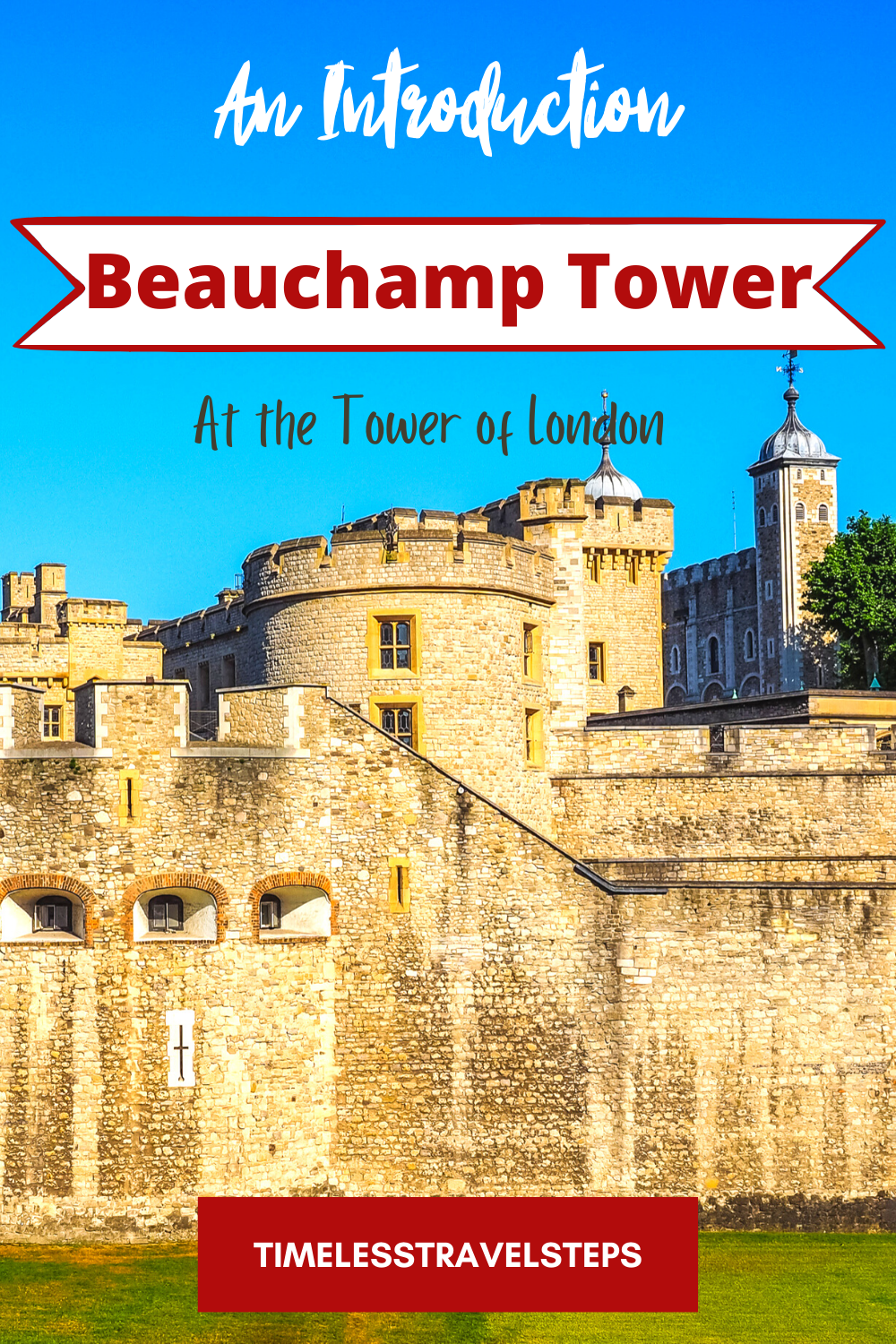 Travel Writer & Content Creator. Single traveller. An escapist. History buff. Wine (red) enthusiast. Embracer of all cultures and green travel. Home is UK and becoming newer from each travel, Georgina draws her readers into her world of boomer adventures while immersing them in the history, culture and food of a region making travel dreams a reality. She is happiest waking up to the chirpy sounds of the birds or watching the rolling clouds melt into darkness.