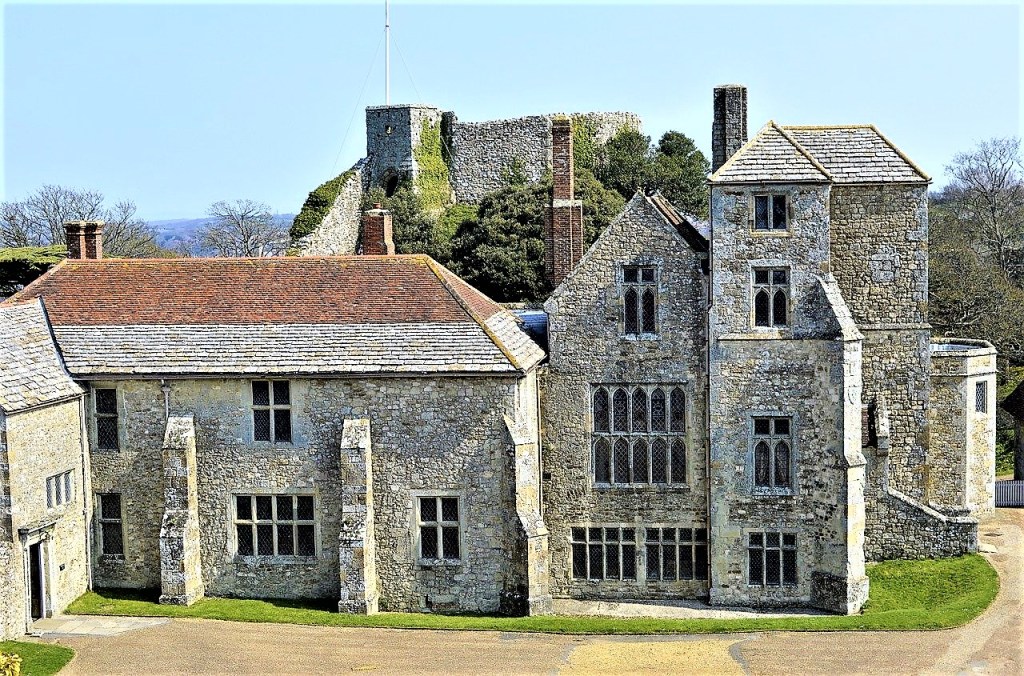 The Isle of Wight has a distinct variety of rich landscapes, recognised as an Area of Outstanding Natural Beauty ensuring that one of England’s finest and most fascinating of landscapes is preserved and enhanced. While the secretive coastlines, white chalky cliffs, quiet estuaries and gentle rolling woodland had attracted visitors since Victorian times, it continues to do so all year round. This enchanting island is home to some wealth of times gone by and the most fascinating and truly magical history. Uncover its many layers of history with fun things to do at Carisbrooke Castle.

Nestled in the village of Carisbrooke, Newport, sitting proudly atop a hill at the heart of Isle of Wight is Carisbrooke Castle, steeped in history and legend since pre-Roman times. Today, this remarkable castle is managed by English Heritage, and opened to the public. With lots of things to see and do whilst enjoying in the fresh open air, Carisbrooke Castle is a destination for history buffs, couples, family days out as well as for photography enthusiasts. To ensure nothing goes amiss, here is a guide for the unmissable 9 fun things to do at Carisbrooke Castle when visiting this heritage landmark.

Unmissable 9 fun things to do at Carisbrooke Castle

History tells us that Carisbrooke was once, the strongest castle on the Isle of Wight, and boasts defences from several eras. A central place of power and defence for over a thousand years, it was a Saxon fortress, a Norman castle, an artillery fortress during the Elizabethan era, later a prison for Charles I, then home to Princess Beatrice, Queen Victoria’s youngest daughter. This historic motte-and-bailey castle is quintessentially romantic and will delight its visitors.

One of the best things to do at Carisbrooke Castle is to begin your visit with an overview of the castle’s history. Learn aboutthe tumultuous history of this fascinating and stunning castle first hand – watch the film and virtual tour presented in the 16th century guardhouse.

Visit the Carisbrooke Castle Museum which is located in the castle’s Great Hall, St Peter’s Chapel and Constable’s Lodgings. It is the only public museum in UK founded by a member of the Royal family.

Princess Beatrice established the museum in 1898 as a memorial to her husband, Prince Henry of Battenberg with the “earnest hope and desire” and with the “help and co-operation of others” to “form a full collection of objects of historical interest connected with the Island”

Her aspiration is reflected in the extensive collection displayed and safeguarded by an independent Charitable Trust. The museum holds many important items that span the history of Isle of Wight since Roman times to the present. On your visit, you will note exhibits such as cross bow bolts from Tudor and medieval history, a small collection of personal items belonging to King Charles I and over 5000 paintings and prints reflecting the island’s topography and its people. There are exhibits of the Isle of Wight Rifles, reflecting the Island’s strong military connection during the wars. There are lots more on display such as the social history collection and the toy collection which are interesting also.

Delve deeper into the history of this well-preserved castle and experience how this stronghold had survived eight hundred years, resisting the French siege and the Spanish Armada. See where Charles I was imprisoned for fourteen months before his execution in 1649, and the room where he sought to escape from, he was found wedged in the bars of the window – the guards caught him!

4 | The Chapel of St Nicholas in Castro

St Nicholas Chapel is fairly recent, built in 1904 and located just next to the main gate. However, a long sequence of chapels dedicated to St Nicholas had been at the castle since medieval times.

The current chapel was built as a 250th anniversary memorial to Charles I and was redecorated in 1929. The altar painting was commissioned by Princess Beatrice, Queen Victoria youngest daughter, in memory of her youngest son who died at Ypres. The chapel is now the island’s main war memorial.

Take a moment and experience the beauty, serenity and the warmth of St Nicholas Chapel.

Don’t miss the Well House – meet the lovable resident donkeys at Carisbrooke Castle who have been drawing up water for the castle for hundreds of years! Their daily routine is to work the sixteenth century tread wheel to raise water from the bottom of the castle well at 49 metres (161 metres).

Climb the very steep steps of the castle mound to the ancient castle keep which was constructed during the Norman times in 1100, when the island belonged to the Redvers family.

Once up, you are rewarded with amazing views of the island and as far as your eyes can see. Follow the wall and the battlements – walk right around the castle, taking in the views from all directions.

Enjoy and be wooed by the beautiful and inspiring Edwardian garden which was created to reflect the original garden retreat of Princess Beatrice, Queen Victoria’s daughter who later, was the Governor of Isle of Wight. The seasonal planting, water features and orchard are indeed charming. According to the English Heritage site, the plants were chosen:

“to echo Princess Beatrice’s blue, red and gold heraldic crest, and the layout reflects architectural detail on the adjoining Chapel of St Nicholas”

The layout of the garden takes inspiration from Princess Beatrice’s original private walled garden and when viewed from the wall-walk, you could see the framework of the borders reflect the chapel windows.

Outside of winter, spring brings forth the snowdrops, primrose and daffodils followed by cowslips and bluebells and the beautiful blossoms of the Judus tree plus so much more. Summer sees a riot of colours and exotic mix of cottage garden favourites while fall is the season to discover the unusual Mespelus germanica, fruits from which have been enjoyed since Roman times.

8 | Family fun | Things to do at Carisbrooke Castle

If you are visiting with kids, there are activities for children to participate where they can dress up as Norman warriors or as princesses.

English Heritage runs special events for school holidays and one of their most popular ones are the Easter Adventure Quest.

After exploring the castle and the grounds, treat yourself to a delicious light meal or snacks in the Castle’s Tearoom, located above the former carriage room. This delightful castle tearoom serves a selection of locally produced hot and cold food, including sandwiches, cakes, hot and cold beverages.

Visits must be pre-booked. Once you have decided when to visit, book your arrival time slot. Take along your booking confirmation on the day – note that the time shown is the earliest you can arrive.

Last admission is thirty minutes before the site closes, but really you will need at least half a day for a full immersive experience.

Travel to the Isle of Wight

The Isle of Wight is just a few miles on the south coast of England and is easily reached by ferries and catamaran.

Wightlink Ferries depart from Portsmouth to Fishbourne and takes around 45 minutes. There is another from Lymington to Yarmouth which is around 40 minutes journey. Both ferry journeys accommodate cars, motor homes, bikes and foot passengers. Wightlink also runs a high-speed Catamaran for foot passengers from Portsmouth to Ryde pier and this journey takes approximately 22 minutes.

Getting around the Isle of Wight

The public transport in Isle of Wight is managed by Southern Vectis and is acknowledged as the best rural bus services in the country.

The train service is Island Line and is managed by South Western Railway. The service connects Ryde, Brading, Sandown, Lake and Shanklin. This is a convenient service to be picked up by foot passengers from Ryde pier.

Plan your journey ahead of time and take advantage of cheap tickets for your travel.

A ruined wall suggests that there was a building here late Roman times but this has not been proved. The cousin of King Cynric of Wessex who died in 544 AD may have been buried here. The site may have been used as a pagan Anglo-Saxon cemetery in the sixth century – three graves were discovered here. It was a stronghold for the Anglo-Saxon during 8th century.

Later a defence wall was built around the hill to protect against the Vikings in 1000 AD.

From 1100 onwards, the castle was owned by the Redvers’ family and was sold to Edward I in 1293 by the last Redvers’ resident, Countess Isabella de Fortibus.

During the reign of Elizabeth I (Nov 1558 – 1603) the Castle was improved with stone walls, towers, keep and additional fortifications when the Spanish Armada was expected.

In 1649, Carisbrooke Castle became a prison for Charles I, and afterwards, his two children were confined to the castle as well, where his daughter Princess Elizabeth died.

From 1896 through to 1944, Carisbrooke Castle became a summer residence to Princess Beatrice, the youngest daughter of Queen Victoria, who also succeeded her husband, Prince Henry of Battenberg and became the Governor of the Isle of Wight.

PG Stone, The Architectural Antiquities of the Isle of Wight, part II: The West Medine (London, 1891), 74–5

Isle of Wight at a Glance

Population: 141,538 | Second most populous island in England behind Portsea Island.

County: Governed by one unitary authority.

Travelling to the UK Advice

On History of Britain 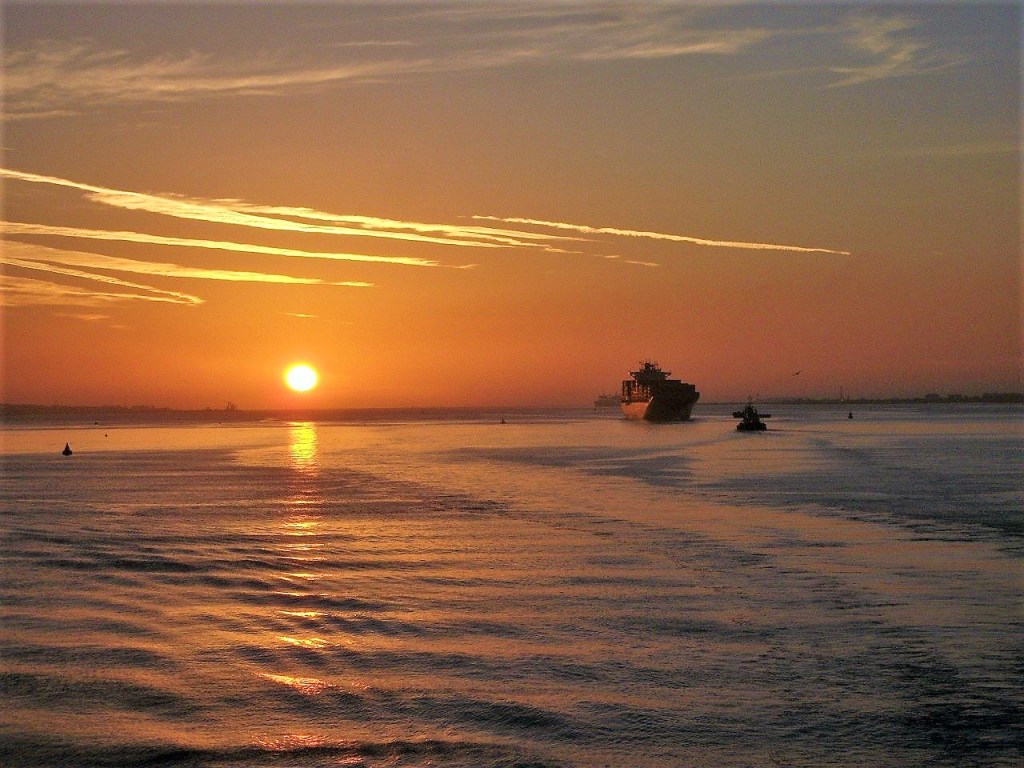 Unmissable 9 fun things to do at Carisbrooke Castle Isle of Wight first published at timelesstravelsteps.com 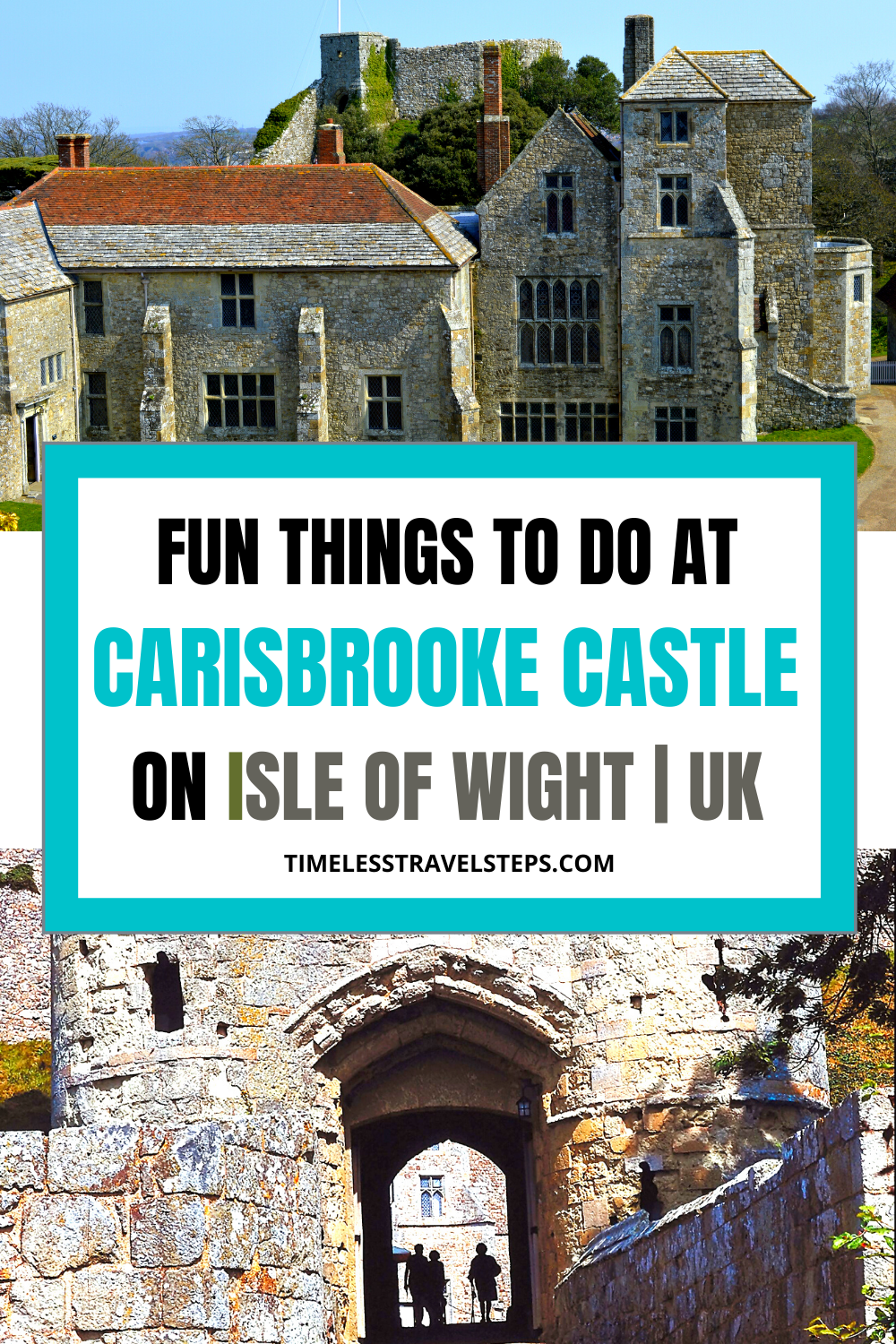