… and it is the favourite month for picnics and ice cream

About the month of July 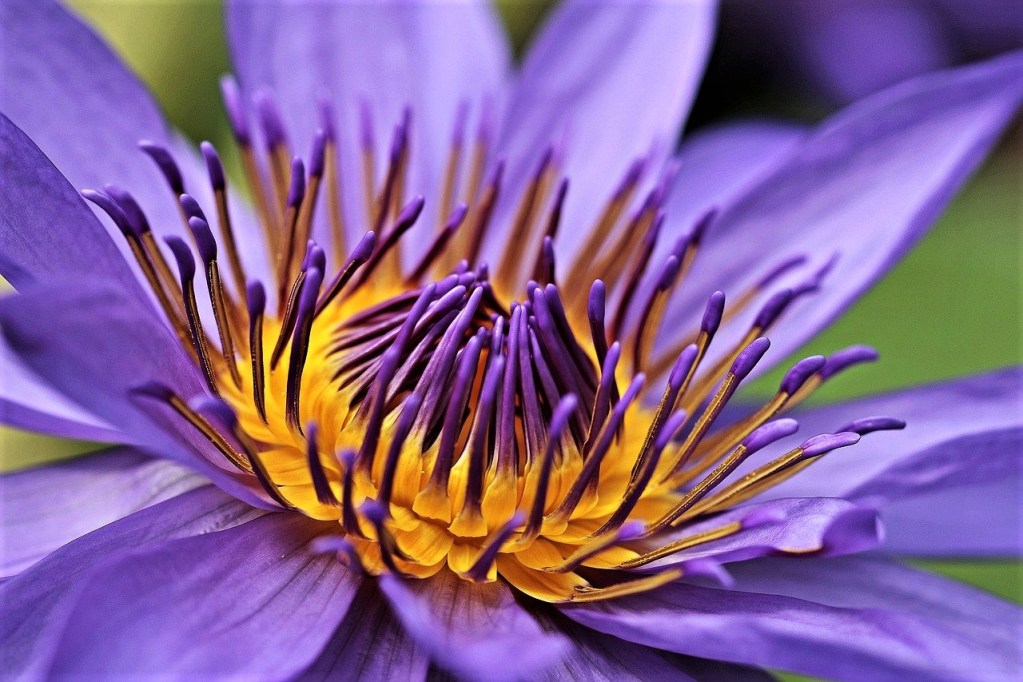 July means summer holidays and longer days are here! Schools are nearing the end of their academic year with summer break just around the corner and families planning their summer vacation.

Longer warm days are here too, with the month dedicated to picnics along with the official ice cream day to look forward to :). Besides fun days, July brings celebrations, typical Dog Days of Summer and this year in 2021, the greatest all time favourite sports of UEFA Euro 2020 and The Championships Wimbledon! An awesome month of July 2021 indeed!

A quick look at the History of ‘July’

Unlike the months of May and June that are named after Greek goddesses, July has its origins in a mortal who ruled an empire. Julius Caesar was a Roman general, statesman, a historian turned dictator and reformed the Roman calendar. He was assassinated in a legendary fashion during Ides of March.

Julius Caesar is responsible for the calendar as we know it today – twelve months, 365 days and a leap year every 4 years based on the Earth’s revolutions around the Sun. However, the Julian calendar was inaccurate with some missing days. The Gregorian calendar which we now follow was born in 1582 to correct these inaccuracies.

As we know, July is the seventh month of the year but in the Roman times, it was the fifth month and was called ‘Quintilius’ which means ‘fifth’. The month was renamed ‘Julius’ in honour of Caesar who was born on 12 July.

The Anglo-Saxons called the month of July ‘Heymonath’ which refer to ‘haymaking’ or ‘Maed monath’ that refers to the ‘flowering of meadows’. 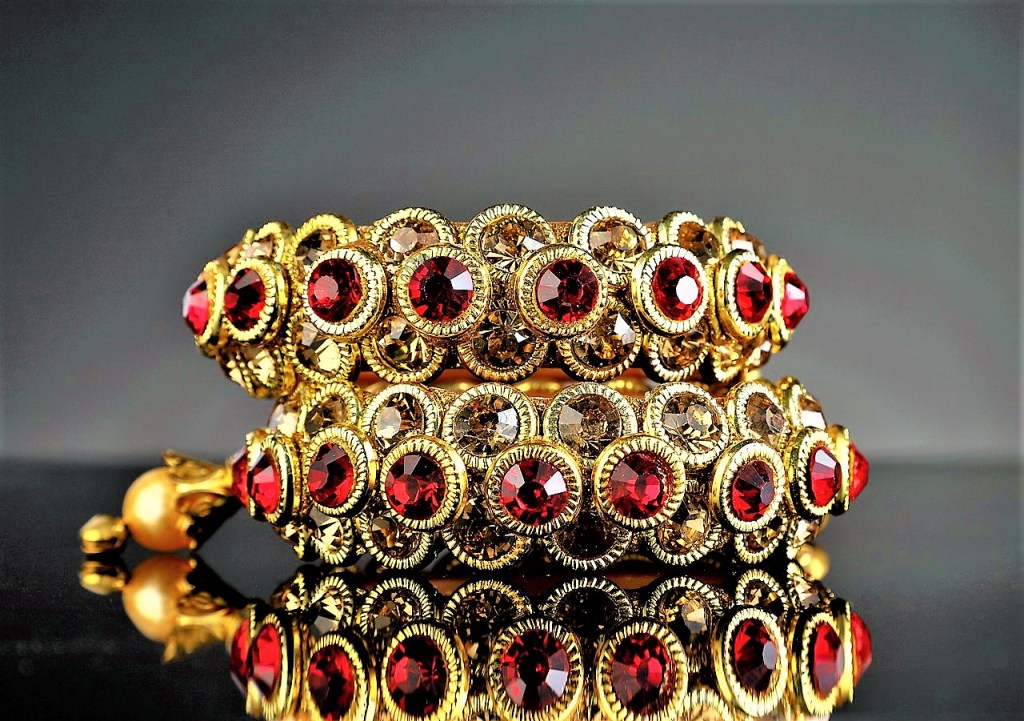 The July birthstone is the ‘ruby’. Rubies are believed to protect the wearer from evil.

The birth flowers for the month of July are the ‘larkspur’ and the stunningly beautiful ‘water lily’. 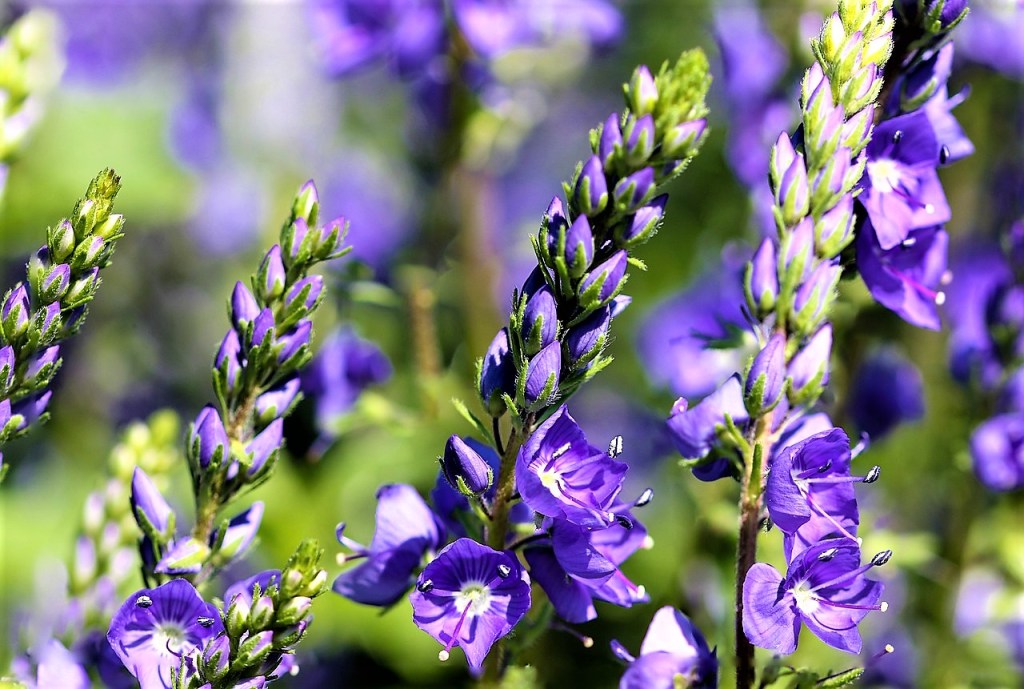 Larkspur generally symbolises good luck, laughter and lightness. The white form is a symbol of lightheartedness; pink means fickleness and purple is for first love. 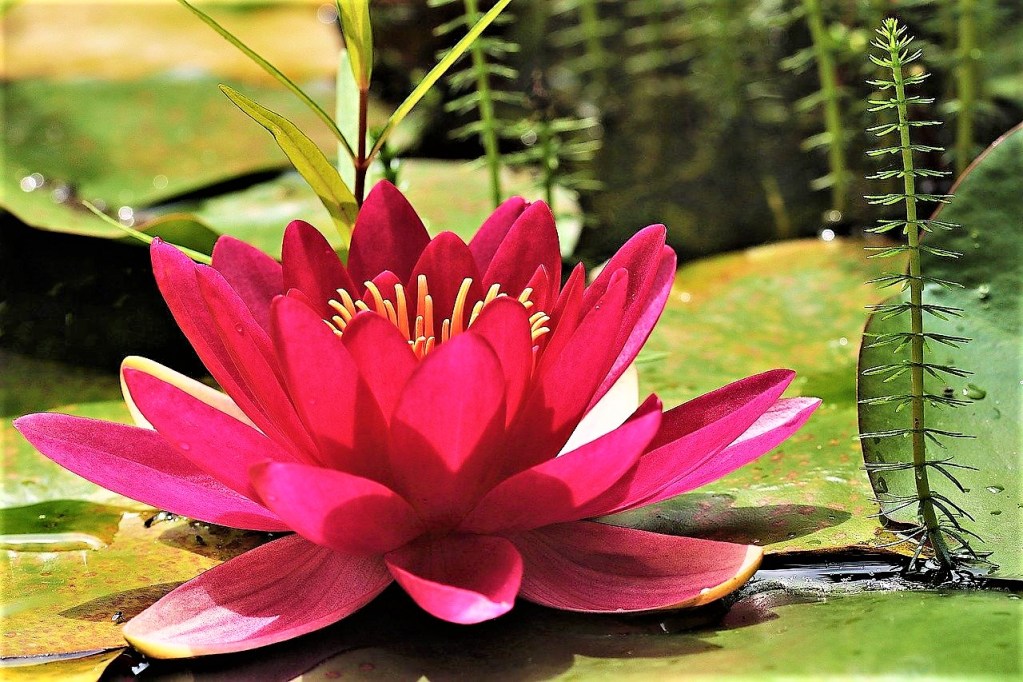 The majestic ‘water lily‘ instantly enhances a quiet pond or lake with its colourful flowers and beautifully shaped leaves.

The starry flowers and uniquely shaped leaves float placidly on water while deeply rooted in mud below. Water lily bloom in a range of colours from spring through to autumn. The stay rooted in the mud over winter and regrow the following year. It’s leaves can be rounded, star-shaped, jagged or straight.

The ‘water lily’ represents  innocence, purity, fertility, pleasure, celebration, hope, rebirth, wellness, and peace in many ancient cultures. In particular, the flower is associated with re-birth in Buddhism and Hinduism because they close-up in winter and re-open in spring. Besides its religious meaning, water lily is generally a symbol of all that is true, good and beautiful, representing good fortune, peace and enlightenment.

*We will be sorry to see you go but you can Unsubscribe at anytime. Read TTS Privacy Policy

The UK is no stranger to traditions often celebrated with festivals and regatta. With summer sunshine well underway in July, the month has a number of festivals to look forward to. Here are four that are popular:

It has been a tradition since 1839 where the Henley Royal Regatta takes place during the first week of July. The Regatta started on a single afternoon of rowing and now, over five days. The rowing takes place on a stretch of River Thames at Henley-on-Thames in Oxfordshire. However, this year the event is scheduled to take place in Henley from Wednesday, 11 to Sunday, 15 August 2021.

>> Henley Royal Regatta for the latest on the event.

Swan Upping is the annual census of swans that takes place on River Thames in July. Swans are counted and marked on a seventy mile journey over five days up the Thames.

The Whitstable Oyster Festival traditionally falls on July 25. It is the accepted day for the festival in conjunction with the feast day of St James of Compostella, who is the patron saint of oysters.

The town of Whitstable on the north coast of Kent is associated with oysters for hundreds of years. Relying on customs and traditions, the festival has evolved from year to year, while retaining its individual character and continues on till today. The roots of the festival goes back to Norman times. Whitstable was an established fishing port and it was customary then for the fishermen to celebrate with an annual thanksgiving ceremony.

>> look up festival listings and location of the Whitstable Oyster Festival 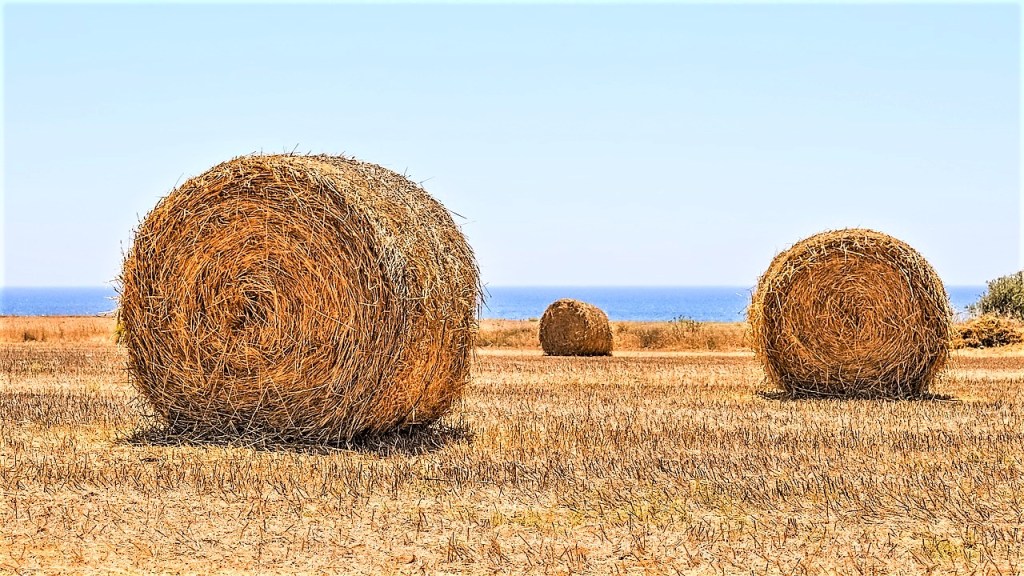 We have all heard the phrase and the wisdom associated with – “to make hay while the sun shines” – to make the most use of a favourable situation while it lasts. It can’t be truer when it comes to haymaking!

July is the month for haymaking!. All across the country, hay is being cut.

To make hay, the field is cut.  The grass spread, and turned over three or four times until it is dry. Then it is rowed up, baled and put in a barn as quickly as possible before the rain comes. The process can take up to a week. If it rains in the middle of the process, the hay must be left in the field until the sun comes out to dry it off.

Lores, sayings and poems in July 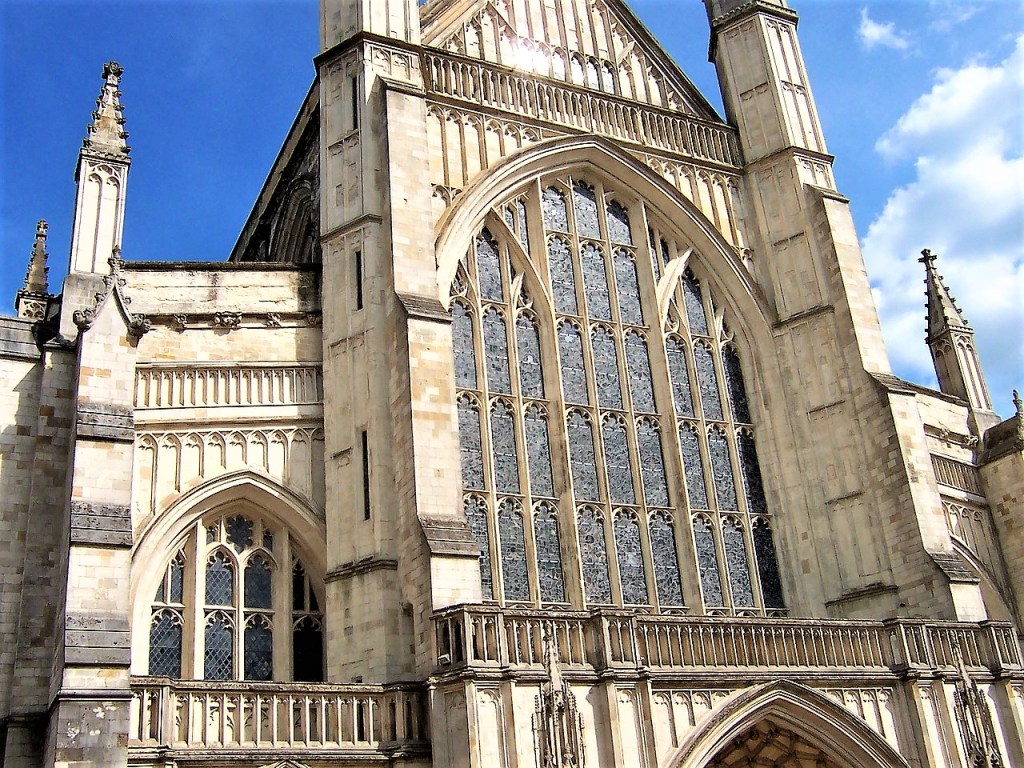 St Swithin’s Day takes place on 15 July each year. According to traditional folklore, whatever the weather is on the day, it will be so for the next 40 days and 40 nights!

An old poem on this legend goes like this:

“St Swithin’s Day, if it does rain

Full forty days, it will remain

St Swithin’s Day, if it be fair

St Swithin born around the year 800 and became the Bishop of Winchester. He requested that, upon his death his remains be buried outside in a simple tomb “where the sweet rain of heaven may fall upon my grave”. According to legend, when his remains were moved inside the Cathedral, there was a great storm. It rained for many days and weeks thereafter.

Not sure if any one takes the prediction literally but according to weather experts there is no statistical evidence to support forty days dry or forty rainy days following July 15 since records began in 1861.

“The Summer looks out from her brazen tower,

Through the flashing bars of July.”

Francis Thompson, “A Corymbus for Autumn”

“The serene philosophy of the pink rose is steadying.  Its fragrant, delicate petals open fully and are ready to fall, without regret or disillusion, after only a day in the sun.  It is so every summer.  One can almost hear their pink, fragrant murmur as they settle down upon the grass: ‘Summer, summer, it will always be summer.'”

3 | Other folklores associated with the month of July

If ant hills are high in July, the coming winter will be hard.

No tempest, good July, Lest the corn look ruely.

Whatever July and August do not boil, September can not fry.

Celebrations in the month of July

July 1 is the National Day of Canada. It celebrates the anniversary of July 1, 1867, the effective date of the Constitution Act.

Annual celebration of the much loved classic children’s book – Alice’s Adventures in Wonderland by Lewis Carroll.

July 4 is the American Independence Day. A national holiday celebrating the anniversary of July 4, 1776, the day on which the original 13 colonies of the United States declared independence from British rule.

July 14 2021 – Celebrating French Independence. Bastille Day is a holiday celebrating the storming of the Bastille, military fortress and prison which took place on July 14, 1789. A violent uprising that helped usher in the French Revolution.

The Olympics – the world’s biggest sporting event, held every four years. Scheduled to be held from July 23 through to August 8 2021.

Postponed from 2020, this time it will be held in Tokyo Japan. 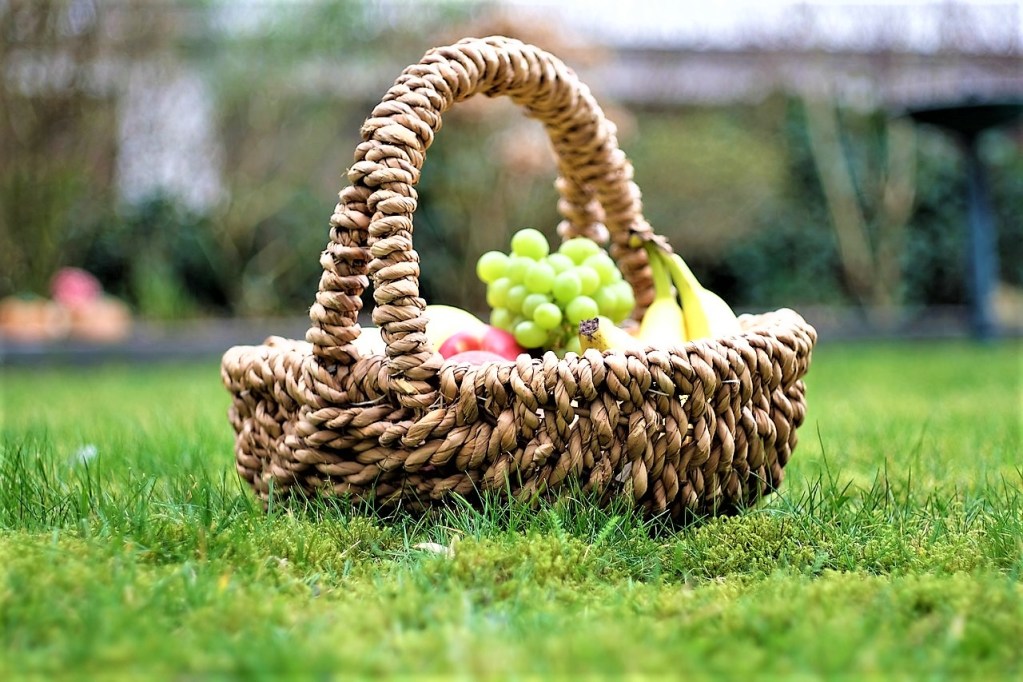 July was founded as the National Picnic Month by the American Bakers’ Association in 1952. It seems perfectly understandable why the month is dedicated to picnics. The warm air, bright blue cloudless skies stirs up the appetite. Garden vegetables, fruits, cheese and pickles make outdoor eating easier. With longer days, there’s no rush to head home but to enjoy the warmth of the sun for as long as it affords you to.

The word ‘picnic’ is derived from the French word, ‘piquenique’ which originated around the 17th or 18th century. It means a social gathering where each one bring some food to share in a leisurely style of eating – sort of 18th century al fresco French dining. A bottle of wine, loaf of bread, lots of cheese and fruits for a leisurely meal under the blue sky.

And the best of July must surely be the National Ice Cream Day! 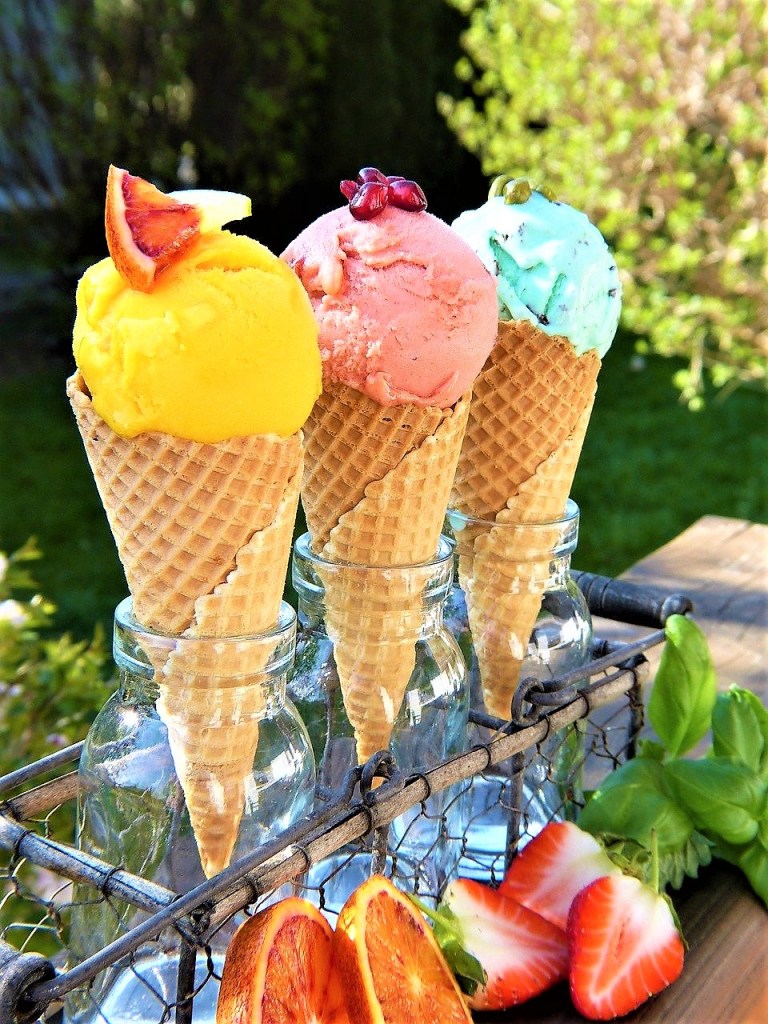 National Ice Cream Day is celebrated every third Sunday in July which means it is July 18 this year. A day is decreed as National Ice Cream Day by President Reagan in 1984 by describing ice cream as ‘‘a nutritious and wholesome food enjoyed by over ninety percent of the people in the United States.’’ The US still lead the way in the consumption of this delightful frozen treat but it has sparked cravings world over and is celebrated annually.

Here are all the articles published in June and the latest in July if you have missed them:

Summer 2021 seems so different from the last. Crowded beaches, busy parks and cities are alive again, with so many of us out and about basking in the summer sunshine. The longer days are so welcoming and the warm sun just livens up a dull moment.

Whatever you get up to this July, remember your scoop on the wafer cone and time in the parks. 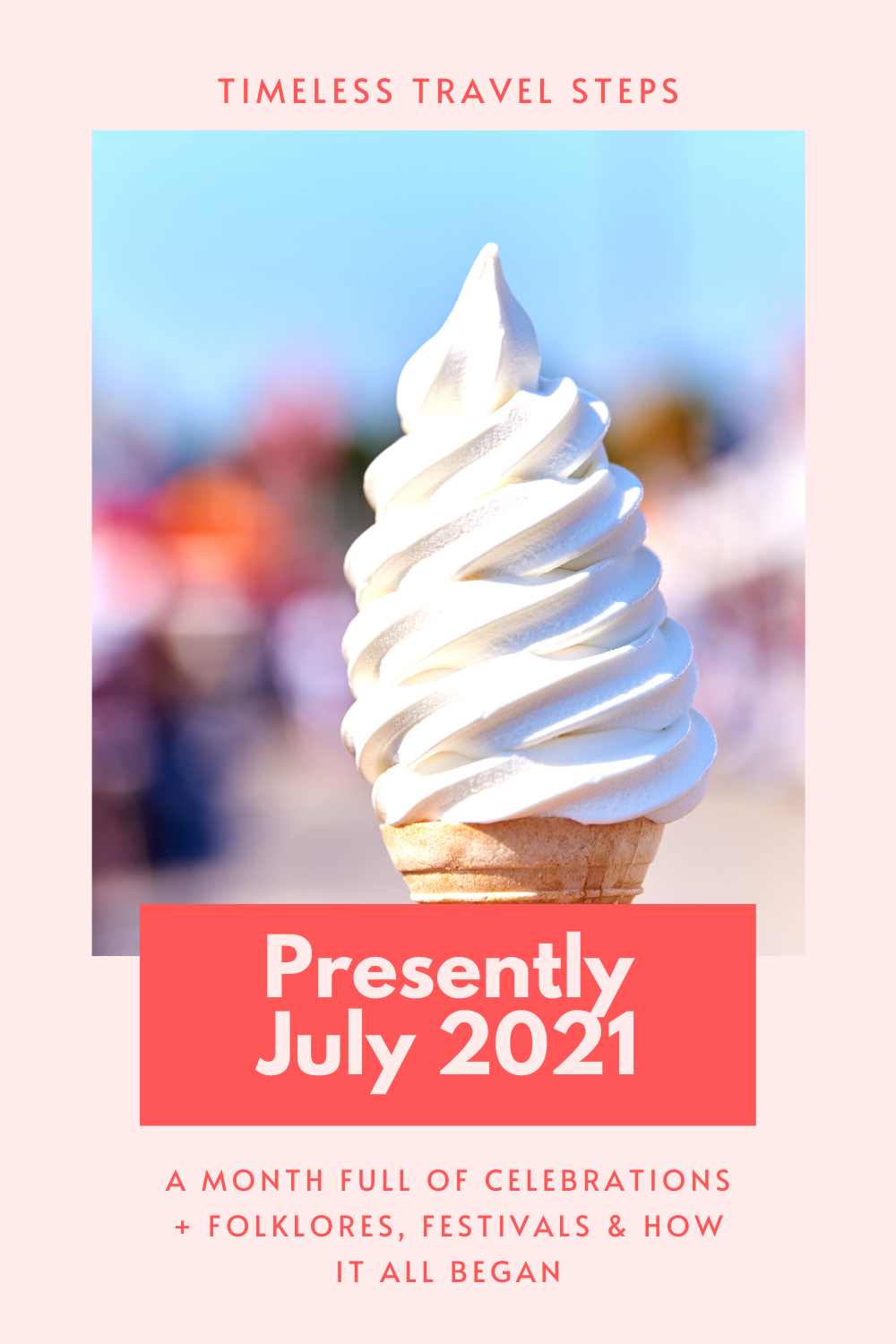