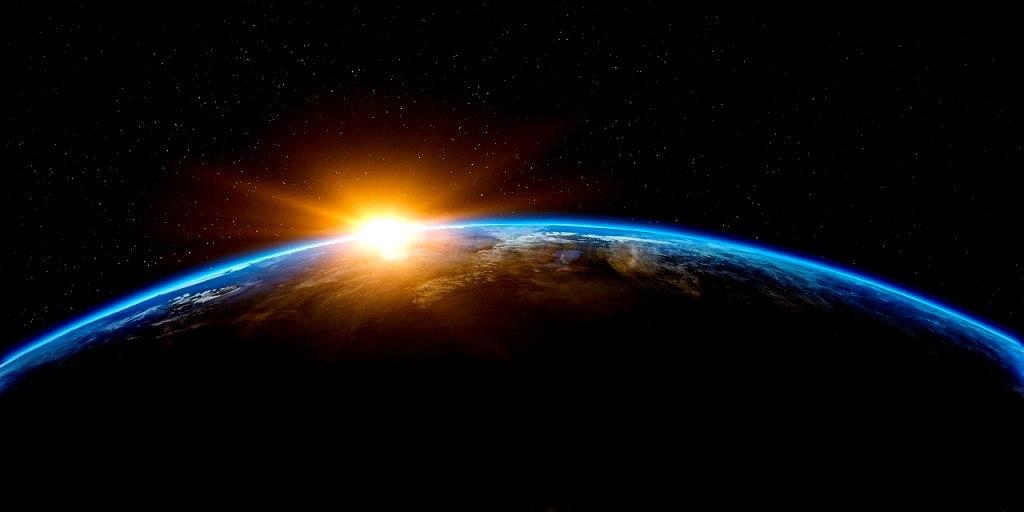 We are here! We are on the 2nd day in a brand new month, in a brand new year – January 2022. 2022 has tiptoed in gracefully, giving us the momentum on fresh thoughts, fresh energies and the path for new beginnings … so they say 🙂

I agree with all the positives and completely in agreement with January 2022 being the month for new beginnings but I’m not so sure about the energy part! After a month of indulgence in delicious food, roasts with all the trimmings, Christmas cake, and wine with family and friends, I am as slow as molasses on 2nd January! Now, I gotta lose all the pounds I’d piled up, but ahh, I have the 333 days or so for that, right?

With January being the first of the twelve chapters, let’s take a look at what Presently January 2022 is all about …

About the month of January

There is a certain magic that comes with the very first month of the year. January is the beginning of everything I want. Another year of opportunities, new dreams, the magic of new beginnings, the same me but this time with bigger goals. January 2022 means moving forward with a lot of new dreams and time to get my fitness in tow.

I imagine the month is also a time to sit back and enjoy the snow (or rain and more rain) it brings, winter’s butterflies, hot chocolate, cold nights and frosty mornings. Cozy socks, a shot of port on the side table, a book in hand with winter warm log fires (I’m old fashioned, still prefer to turn pages of a book to kindle). January is perfect to set aside time to plan ahead for the year without allowing the dismal weather along with the dark days of winter to get us down.

While we cherish the cold, frost, dark days of winter, log fires, life on the slow and the snow-lined streets, Presently January takes a brief look at the months origin, traditions and lores along with its special birthstones and flowers.

January was established as the beginning of the year by the Romans. The month takes its name from the god, Janus (Latin meaning ‘door’). Janus was the spirit of ‘opening’, the protector of gates and doorways, that denote the “beginnings and endings.” According to legend, Janus had two faces, which enabled him to look forwards to the year ahead for new beginnings as well as backwards to the past year for reflection and resolution.

Given his incredible ability, the Romans would offer sacrifices and made promises to Janus and exchanged good wishes. It is this custom that is said to be the origin of making New Year resolutions.

However, the month of January (and February) was not in the original Roman calendar. Until 450 BC, the Roman calendar were made up of only ten months. The new year began on March 1 due to March Equinox.

The Anglo-Saxons called the first month Wolf Monath. This is when the wolves come into villages in search of food.

New Year’s Day is the first day of the first month of the year. It is a time to look forward and to make wishes for a good year ahead. It is also a day of holiday.

Celebrations to welcome the new year generally begins the day before, in late evening, on New Year’s Eve. The new year is generally welcomed with fireworks, singing and parties in many countries. In UK, there are extraordinary fireworks display in London, and other main cities. In Scotland, the new year is welcomed with a spirited festival called Hogmanay. As Big Ben strikes midnight, the fireworks over the Thames begins and people link arms and sing Auld Lang Syne, to remember both old and new friends.

January 5th marks an old English custom and brings Christmas merrymaking to a close. In ancient times, the Celts ended their 12-day celebrations of winter solstice on this day. It is customary to mark the end of Christmas merrymaking with a toast with each other present from the wassail bowl.

January 6th sees the celebration of Epiphany, also known as Three Kings Day. According to tradition, on this day, there were three wise men who brought gifts to baby Jesus. These were “gifts of gold, frankincense, and myrrh.”

The word epiphany comes from the Greek word, epiphaneia which means “manifestation.”

In some countries where Epiphany is observed, it is a day of celebration where gifts are exchanged. A King Cake is baked with a lucky bean inside and the lucky bean finder is “crowned” as the king of the feast.

More popular in the UK is Epiphany Tart, originated in the Victorian era. Just a fancy name for a delicious jam tart 🙂

In the past, January had been the coldest month of the year in UK, with plenty of frost, ice and snow. One particular day was noted due to past cold events, January 13, also known as St Hilary’s Feast Day.

January 13, 1205 is known as one of the severe winters in history. On this day, River Thames in London froze over. Ale and wine turned to ice and were sold by weight.

5 | The tradition of Wassailing

Wassailing is an ancient English Yuletide drinking ritual that has been part of Christmas and New Year celebrations as far back as the 1400s. It is a beverage more usually drunk on Christmas Eve and on Twelfth Night.

Wassail is a drink made with hot mulled cider, or wine with spices and drunk in plentiful amounts to enjoy with others in a lively way.

In medieval times, farmers would place a flat cake on one of the horns of a cow. They would then sing a song and dance around the cow until the cake is thrown to the ground. If the cake fell in front of the cow, it means prosperity for the year ahead and if it falls behind, it meant the opposite.

According to an old Saxon belief, January 2 was one of the unluckiest days in the year.

The year’s first full moon is known as Wolf Moon and is on 17 January 2022. The name Wolf Moon originates from the Native American legends. Wolves would howl outside of Native American villages when the full moon appeared. The relation of wolves to full moon also appear in various mythologies including Scandinavian and German.

January’s birthstone is the Garnet. The word “garnet” originates from the 14th century word “gernet” which means “dark red.” It is so called as it resembles the red seeds of the pomegranate.

Garnet is a symbol of love, luck, health, loyalty and friendship. It is a gem often traditionally gifted between couples on their second and eighteenth wedding anniversary

There are two flowers associated with the first month of the year – Carnation and Snowdrop. Both of these flowers are delicate, representing love and distinction.

Here are some of my favourite January quotes:

“To read a poem in January is as lovely as to go for a walk in June.” — Jean Paul

What to look forward to from TTS

As January 2022 has begun, so is my excitement in sharing my travel stories with you. I shall be sharing on my travels to Scotland, Seville , Milan, Venice and day trips as well as weekend breaks in England. Presently series will take a new approach and content, to be published on the first Sunday of each month. Expect to receive a once or twice weekly dose on travel inspiration and/or travel tips right to your inbox if you have subscribed. If you haven’t yet, please do so with the link below.

January comes around every year like a train on schedule and whatever it is we decide to do for the rest of the year, make sure we stay positive and work smart to make things happen. Stop worrying about things we cannot control. January 2022 marks a new beginning – both in business and in our personal life. Always remember that while we’d better get aboard the train, the journey is not about reaching the final destination, the end line. It is about how you get there. Take time to enjoy the ride gracefully, pausing to take in the fresher air, sunshine and the fragrance of flowers along the way.

Have a wonderful year ahead

Due to recent global health and safety issues, please adhere to travel guidelines in the country you are travelling to. While we at TTS work hard to be accurate, and provide the best information possible, we also encourage you to please always check before heading out, as some attractions may be closed due to local restrictions.

For the latest on Travel Guidelines, please go to the following Official portals:

Centers for Disease Control and Prevention

Travel Resources | All in one place

5 Reasons Why Planning is Important in Travel

10 benefits Why you will love a package holiday

All about Travel Insurance 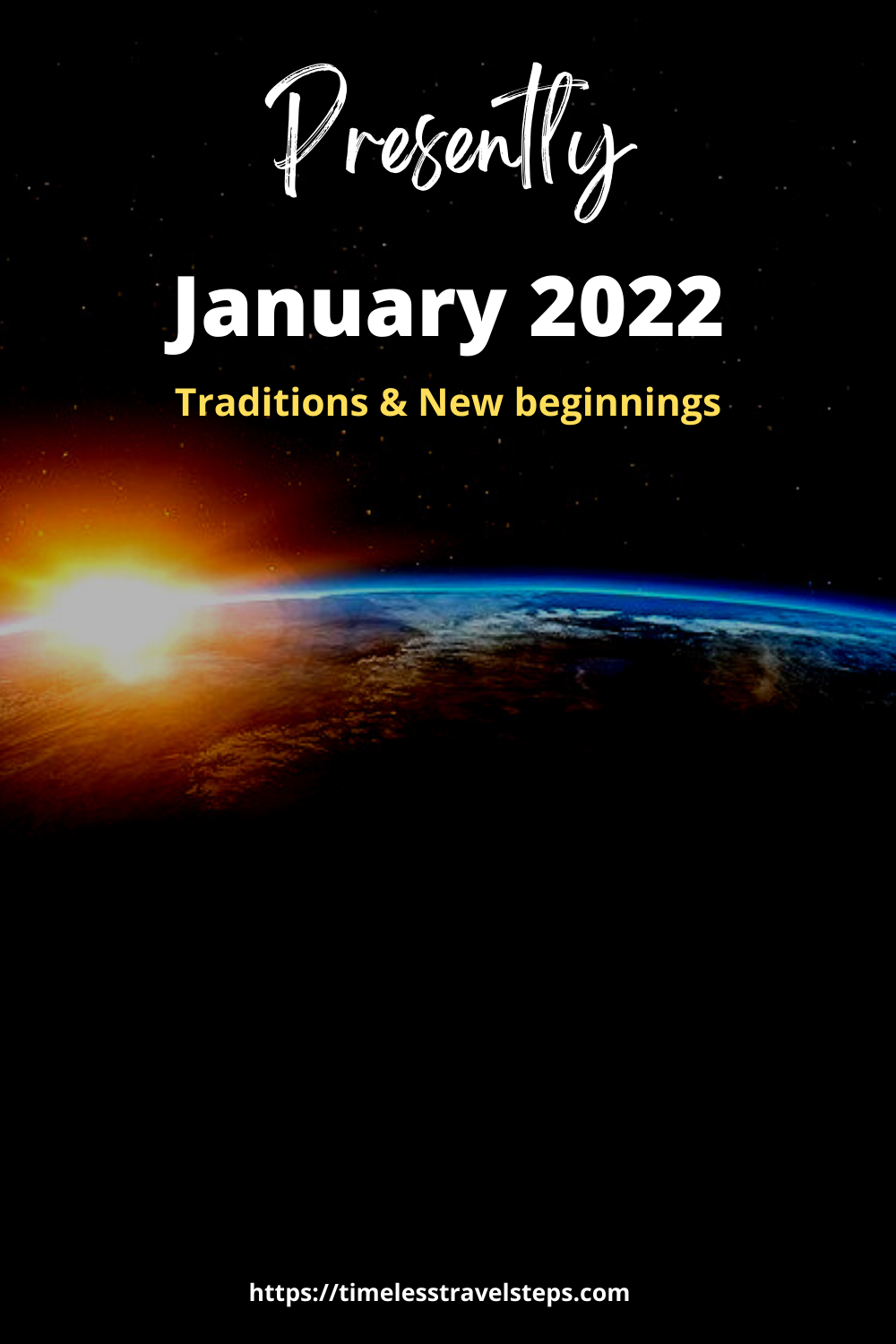