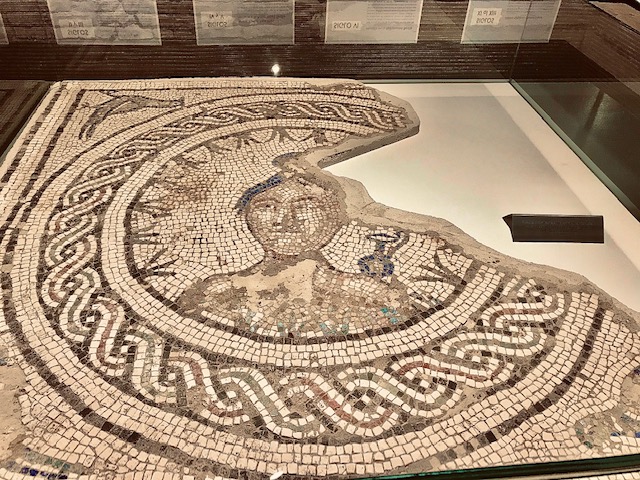 The remarkable Antiquarium Room in Old Seville is an important archaeological site. It represents Seville’s ancient Roman roots going back to the 1st century and the later influences of the Almohads on the Iberian peninsula of Southern Spain.

Planning a trip to Seville?

You may find the following resources useful:

Barrio Santa Cruz in Seville | Where to Stay Eat & Explore

This post gives an overview of the historic context of the Antiquarium Room in Old Seville along with what visitors’ can expect and the highlights to look out for.

The discovery of the archaeological remains in Old Seville are quite recent. They were discovered when a wider project to regenerate the area of the Plaza de la Encarnación was undertaken in 2005, with the construction of Metropol Parasol. The Antiquarium Room sits in the basement of the iconic Metropol Parasol.

The area in general was a square at which the town came together since Roman times. In ancient Roman cities, the axis was known as ‘cardo’, the north-south streets and ‘Decumanus”, the east-west street which served as the primary street in the town. This area developed over the centuries into an important market and commercial centre.

In the 1830s, a fresh food market was established, the first of its kind in Seville. The square grew over the years into a thriving area, but its prominence declined in the 1970s. With a view to breathe life back into the area, the local council decided on an urban redevelopment project. The project was assigned to Jürgen Mayer-Hermann, a German architect.

Mayer-Hermann designed a five-storey building incorporating a colossal undulated honeycombed parasol made of a wood called Kerto. The parasol were designed and constructed in mushroom-shaped timber lattice. This is the largest timber construction in the world ever built. This construction was aptly named Metropol Parasol but more affectionately known locally as Las Setas de Sevilla or just, Las Setas.

The Antiquarium Room located at the basement of the Metropol Parasol is outstanding. The cool museum was designed by the Felipe Palomino Architects. The primary purpose was to create a sensational space where visitors can enjoy the remarkable archaeological discoveries made during the excavations for the construction of the iconic Metropol Parasol in Seville’s old town.

2.1 | What to experience at the Antiquarium Room in Old Seville

The Antiquarium Room in Old Seville at the Metropol Parasol is located at 5.45 metres below ground level. The archaeological museum has no natural light but visitors will not feel that they are in a ‘dungeon’. The museum is astutely designed to encompass a giant open-space floor area of about 5,000 square metres with no visible boundaries. However, as you walk along the clearly marked dedicated walkways, and as you approach each excavation site, the boundaries become visible.

Each excavation site is wrapped by a set of membrane, made of glass. These glass panels permit transparency, and visibility, creating a sense of space with no enclosures. The design also allows a visitor to gauge the whole spectrum of what was unearthed, thus an idea of a market place, shops and houses that once existed in this ancient square.

The Antiquarium Room has two artificial lighting installed. The lights create a slightly dim, but a cool sensation for visitors while also allowing for sufficient illumination of the excavation site.

2.2 | Highlights of the Antiquarium Room in Old Seville

It is hard to pinpoint the highlights of the Antiquarium Room as the entire museum is a highlight! The Room showcases an exclusive contemporary design with no walls while creating a unique sensation for visitors to experience. Not for a moment will you feel that you are in a basement!

If you plan on visiting this remarkable Antiquarium in Old Seville, here are some exhibits to look out for:

2.2.1 | An early 6th century house at the Antiquarium Room in Metropol Parasol

One of the excavations that stood out was the foundation of a house from the 6th century, called the Sigma House.

The Sigma House was a great hall where banquets were held by the ‘dominus’ (the leader or head). This was also a centre where the social hierarchy was boasted, and well received. The excavated site clearly shows the stucture of a ‘stibadium’, a semicircular shape where guests were reclined in the apse.

Following are some of the skilled mosaic work discovered during the excavations, suspected to originate from the 12th century during the Almohad reign of Seville.

On exhibit are a small collection of pottery of a bygone era.

There are just a few of beautifully sculpted jars with handles, and painted decorations which were once used to store water.

Oil lamps must have been popular back then as there were several on display here. Some were shrewdly designed with a sign of a pigeon. Most of the oil lamps discovered were discarded by its owners because of defects.

The Antiquarium Room in Old Seville has a different persona to a traditional museum. It is cool, contemporary and provides a small insight into what life was like all those many years ago in Old Seville. Worth visiting if you are at the Plaza de la Encarnación, Seville.

ESSENTIAL INFORMATION ON THE ANTIQUARIUM IN OLD SEVILLE

Summer timetable (from April to October):

*Last entry: half an hour before closing.

Tickets for a Virtual Tour of Metropol Parasol Seville 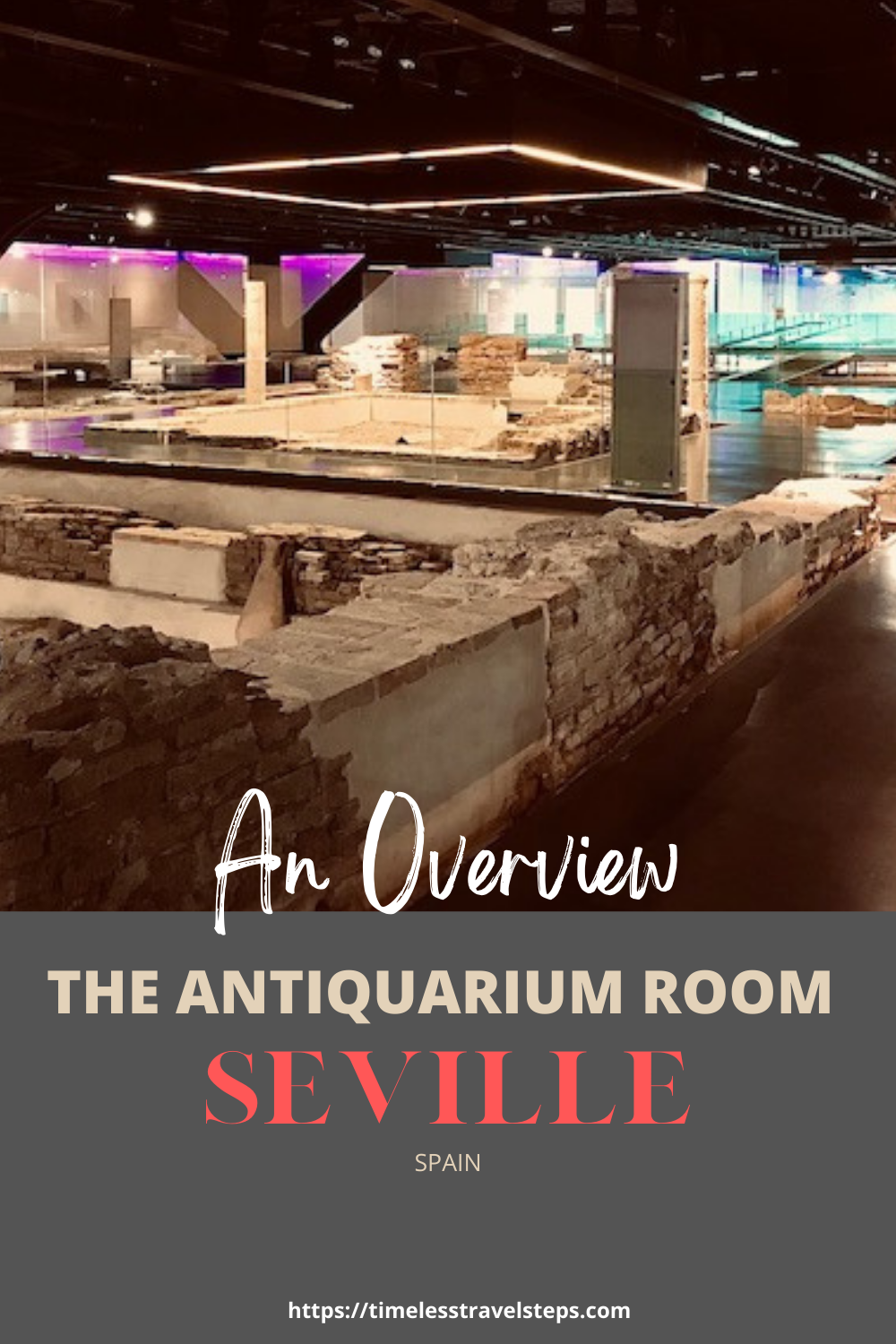