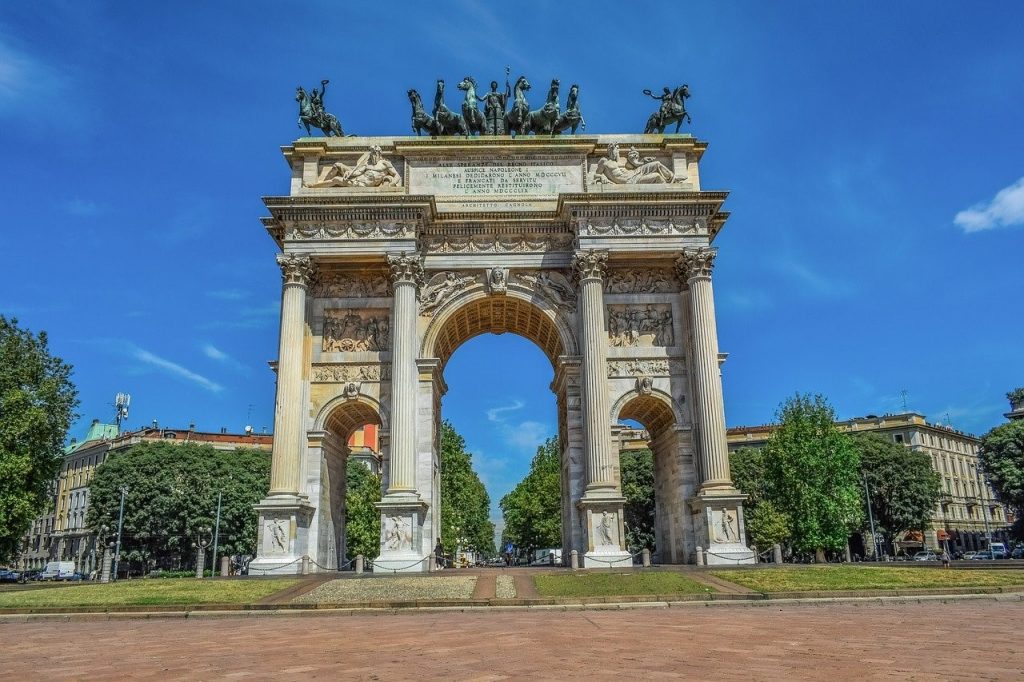 An elegant Neoclassical architecture stands gallantly at one of Milan’s oldest city gates surrounded by lush green oasis. The Arco della Pace is freely accessible and one not to miss!

Arco della Pace or the Arch of Peace is an elegant Neoclassical architecture and a symbol of Milan. It stands at Porta Sempione, one of the five oldest of the City’s gates. This symbolic monument is surrounded by the largest lush green oasis of this fashion capital, Parco Sempione, which is a popular tourist attraction in itself. The area is freely accessible and the Arco della Pace is an unmissable attraction when visiting Milan.

We may earn a commission from affiliate links at no cost to you at all.

Designed by architect Luigi Cagnola in 1807, it echoes Paris’ Arc de Triomphe. It was originally named Arco delle Vittorie (Arch of Victory) to celebrate Napoleon’s victory. The Arch is built at the start of Corso Sempione, a road that connects Milan to Paris along the Simplon Pass. This meant that Napoleon would pass through the Arch on his way into the Italian city. However, with Napoleon’s fall in 1814, this Neoclassical facade was left unfinished.

Post-Napoleonic era, the Arch was renamed Arco della Pace in 1815. Work resumed in 1826 and completed in 1838, in time for the crowning of Ferdinand I as King of Lombardy-Veneto. Ferdinan I dedicated the Arch to Francis I. Later, and with another change of power in 1859, the Arch was rededicated to the unified Italy. Sadly, Luigi Cagnola died in 1833, not having witnessed the completion of the Arch.

The architecture of Arco della Pace

The design of Arco della Pace is similar to the Arch of Septimius Severus at the Forum Romanum in Rome. It features a large passageway along with four Corinthian columns, decorated with bas-reliefs and sculptures. At 23 metres, this monument was built using several materials, including the Baveno granite and Creola d’Ossola marble.

At the top of the Arch, there are three groups of bronze statues. The central one is of a Goddess led by six-horses – the Chariot of Peace, sculpted by Abbondio Sangiorgio. The statues on either side of the arch were created by Giovanni Putti and are known as the Victories on Horseback. The sculptures were intended to face Paris but their position was modified by the Hapsburgs after Napolean’s defeat. The horses were turned 180 degrees to face the City.

Just below the statue, in the four corners of the columns are representations of the four rivers that flow through the former kingdom of Lombardy-Veneto region – Po, Ticino, Adige and Tagliamento. Bas-reliefs along the sides of the monument depict scenes of Battle of Leipzig which led to Napoleon’s defeat rather than his military victories. Other bas-reliefs depict major events in Italian history.

Practical information to support your visit

If you are accessing Arco della Pace via Sforzesco Castle, then it is located at the far end of Parco Sempione. Parco Sempione can be accessed at the rear of the Castle.

2 | How to get to the Arco della Pace

Attractions in Milan are all located within walking distance. If you decide to use public transport, then the following might be helpful. The starting point is from Piazza del Duomo, the central square and the meeting point for most in Milan.

This journey involves a 6-minute transfer

From the Duomo, take the Metro (M1) to Cadorna Fn . Journey is 3 minutes and costs 2 Euros.

At Cadorna, change to Tram 1. A 8-minute journey to Arco della Pace and costs 2 Euros.

From the Duomo Metro Station, walk to Cordusio M1 – about 4 minutes.

Board Tram 1 to Arco della Pace. Journey is about 20 minutes, costs 2 Euros

Alternatively, you can take a taxi which costs around 8 Euros.

When visiting Milan, consider joining a tour or two to learn about the history of the City. If you are a foodie, join a food tour so you get to experience the authentic Milanese restaurants that only the local experts know. If time permits, get away from the City for a day and experience the Lake Districts or the mountains or better still, visit a neighbour!

Lake Como with Bellagio and Lugano Day Trip from Milan

Sincerely hope that this easy guide is valuable to you in planning your visits to the Arch of Peace and I would love to hear your thoughts.

Have an awesome time exploring the City of Milan.

Don’t fancy a DIY vacation? Hakuna matata! We all need different experiences and/or a combination of both – where someone takes care of everything. These guys are great at organising all-in-one package holidays/vacations. Take a look… 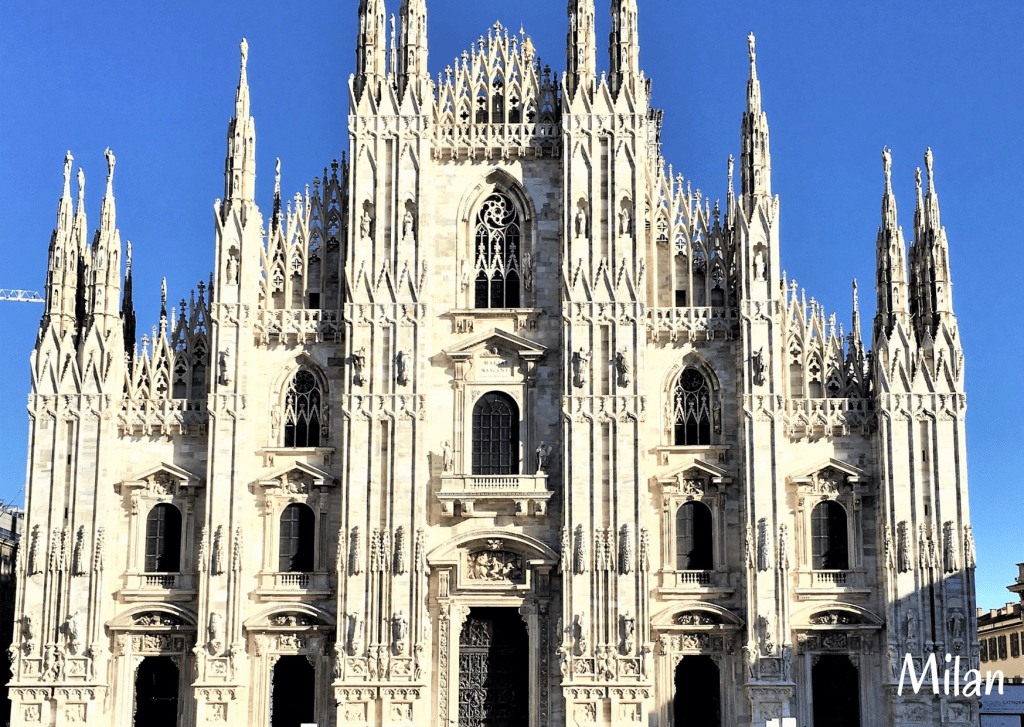 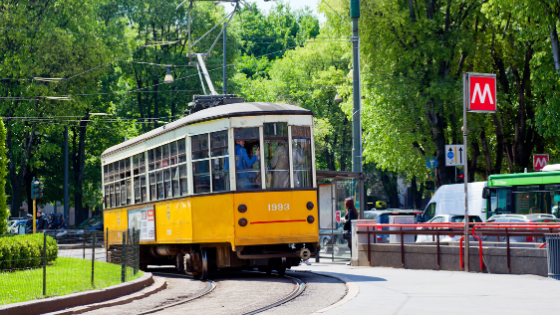 How to get around Milan – A Complete Guide to Public Transport 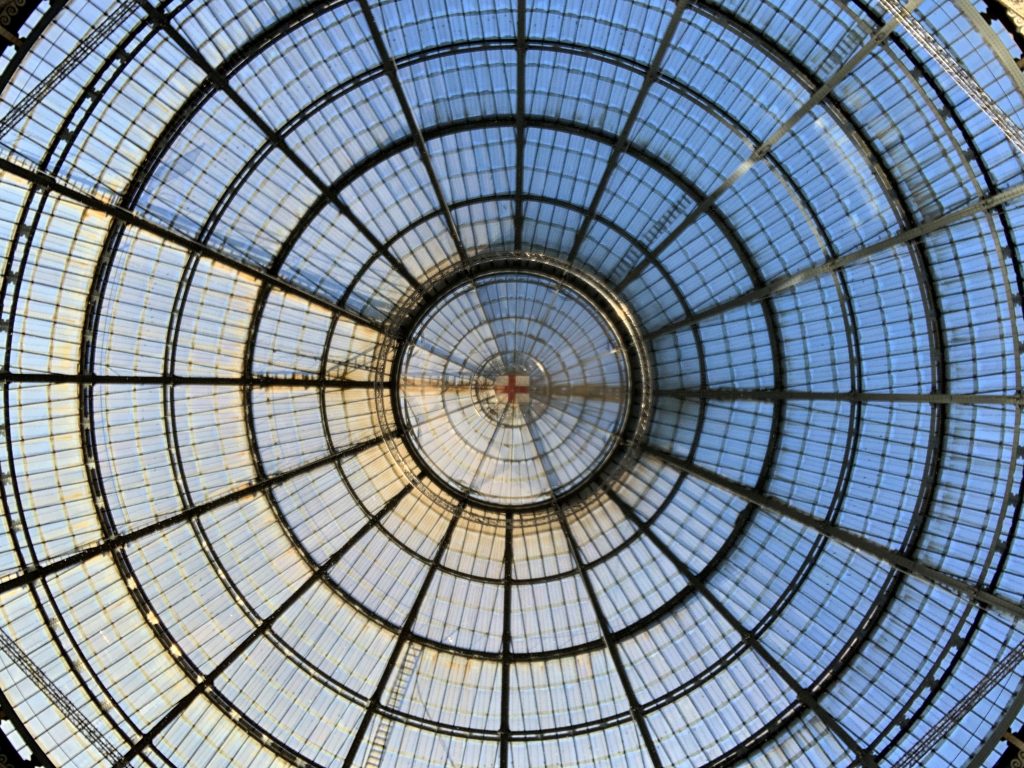 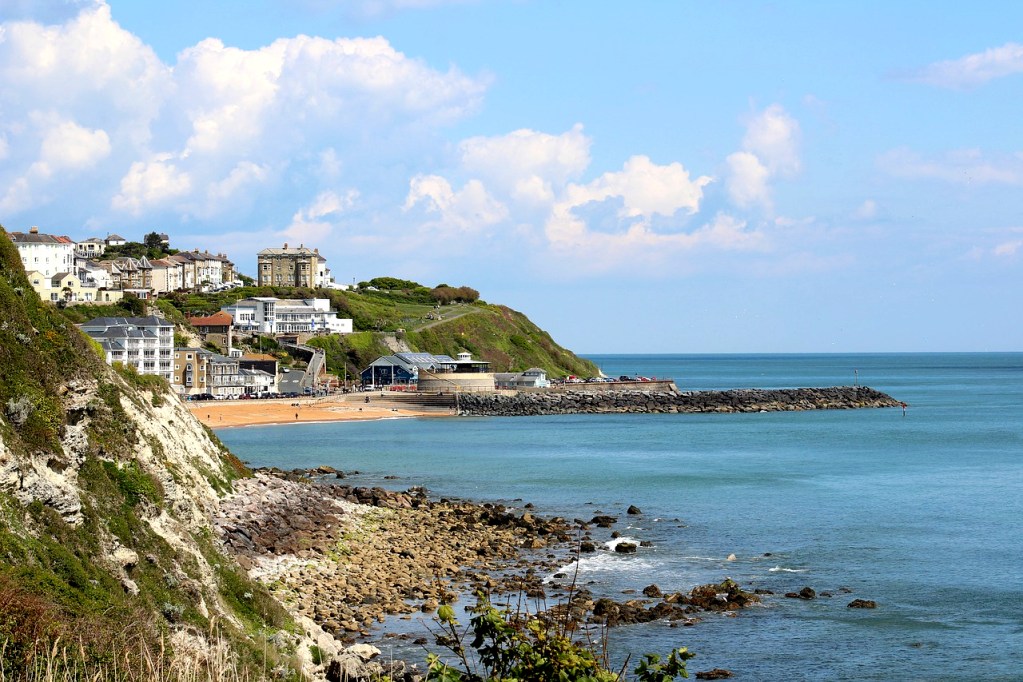 26 Very best places to Stay on Isle of Wight 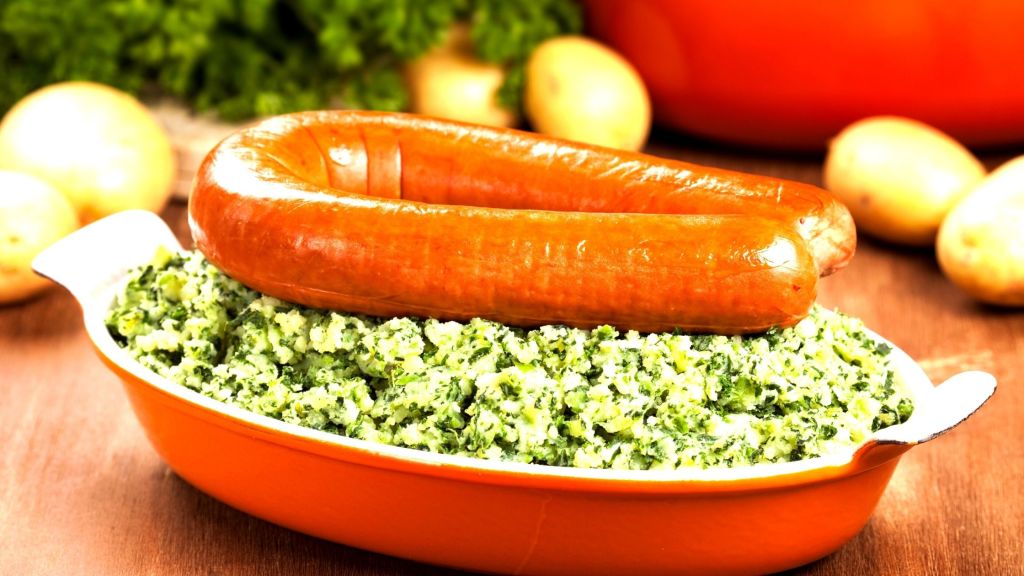 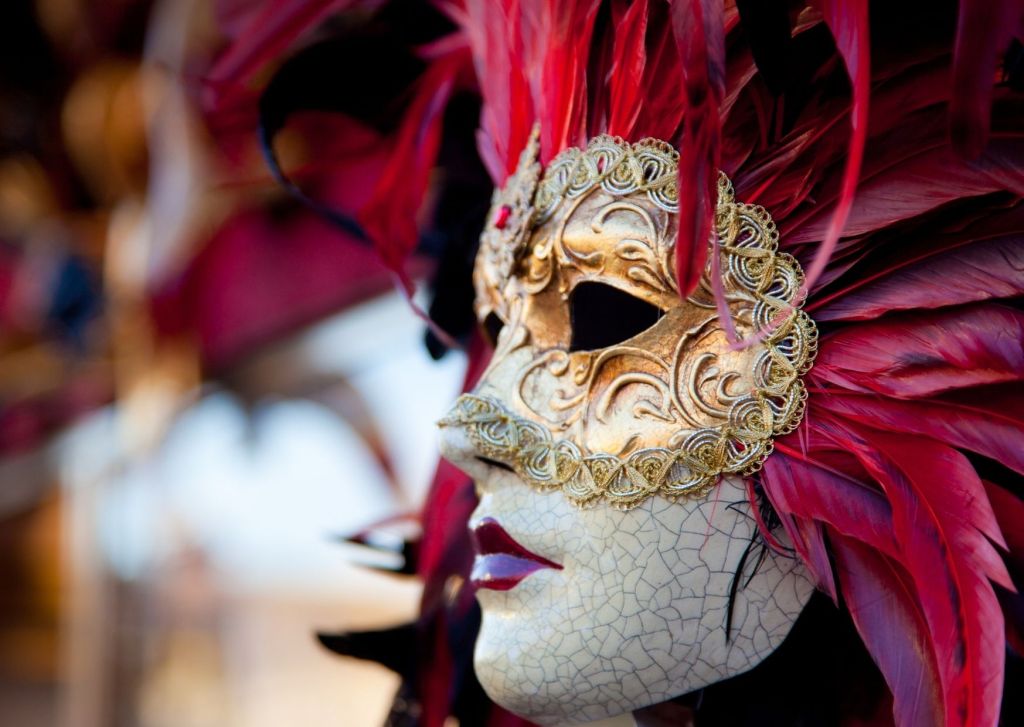 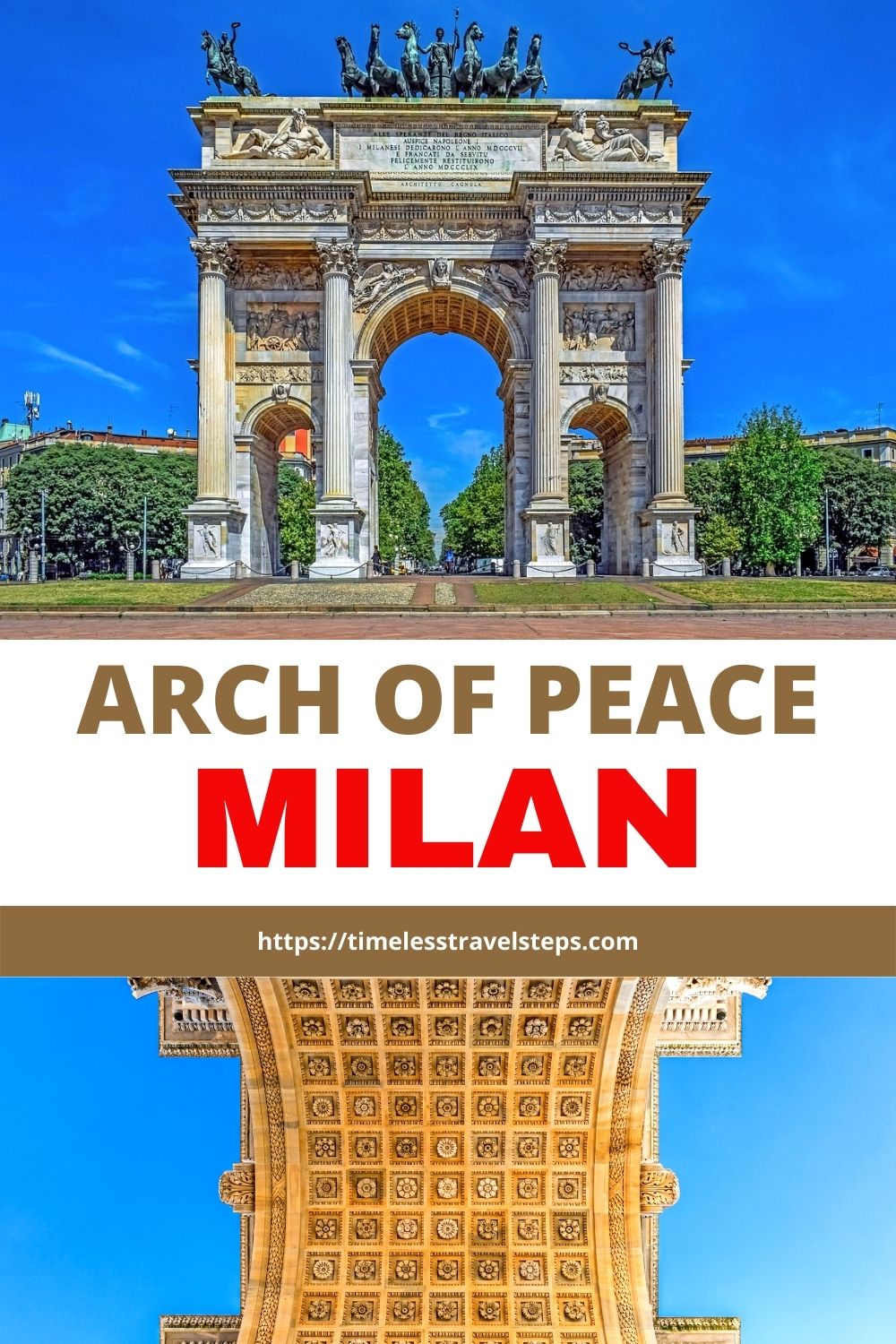