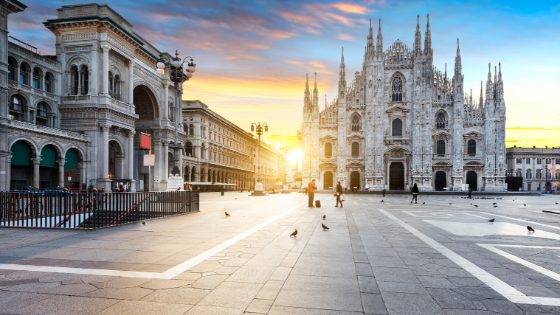 9 Best Quotes on Milan that makes the City Irresistable

Feed your curiosities with these 9 beautiful quotes on Milan to tickle the wanderlust in you!

Explore the hidden gems, architectural marvel and the gastronomical delights of this ancient city – be it a weekend getaway or a day trip, the City of Milan will not disappoint.

“Milan is marvellous, picturesque, and full of elegance” – Wesley Sneijder

“In Paris, choosing a dress is a monumental decision. In Milan, it’s a kick” – Chris Dee

“Milan is a true metropolis, strong and fearless but welcoming, too. Little by little, I came to realize that I could become someone here” – Giorgio Armani

” I love Milan, and I’m not just saying that. It’s a city that gives me a great sense of euphoria. I can’t explain why, but I feel a special energy there.” – Shawn Mendez

“Milan, for me, is a city of discovery. You can find some amazing gardens behind some great houses; I also love finding beautiful galleries and incredible shops, but you have to explore. And the food is amazing.” – Francisco Costa, Brazilian Designer

“In Milan, everything is regulated by money. They say ‘cappuccio’ in bars instead of ‘cappuccino’ to save a syllable.” – Enzo Biagi

“I went daily to the cathedral of Milan, that singular mountain which was torn out of the rocks of Carrara. I saw the church for the first time in the clear moonlight; dazzlingly white stood the upper part of it in the infinitely blue ether. Round about, wherever I looked, from every corner, upon every little tower with which the building was, as it were, overlaid, projected marble figures. Its interior dazzled me more than St. Peter’s Church; the strange gloom, the light which streamed through the painted windows – the wonderful mystical world which revealed itself here – yes, it was a church of God!” – Hans Christian Anderson

My thoughts on Quotes on Milan

As inelegant as this may sound, I admit that I love quotes! Not just travel quotes, but also inspiring and motivational quotes to see the lighter side of things. There is a quote of some sort for each day, each emotion that one might feel, each experience in life, for each city and for each mountain we hike up to. Some of these quotes expresses our innermost feelings so eloquently that, you can’t but fall in love with it. I am sure at one time or another we have all related to travel or inspiring personal growth quotes.

I have so many that are my favourite, especially with travel quotes. One of my favourite is “I’m in love with cities I’ve never been to, and people I’ve never met“ Similarly, the quotes on Milan above are my favourite. They describe the characteristics of this lovable city so well and paint a picture so colourful that one cannot resist a visit. One simply has to visit Milan to find out what this city is all about. Subscribe! Stay Connected to receive the latest on Timeless Travel Steps straight to your Inbox

*No spam, just good quality, valuable insights and inspirational articles on Travel, Culture and History. You can Unsubscribe at anytime but we will be sorry to see you go. Your email address is never disclosed. Read Privacy Policy here

Look forward to connecting with each of you 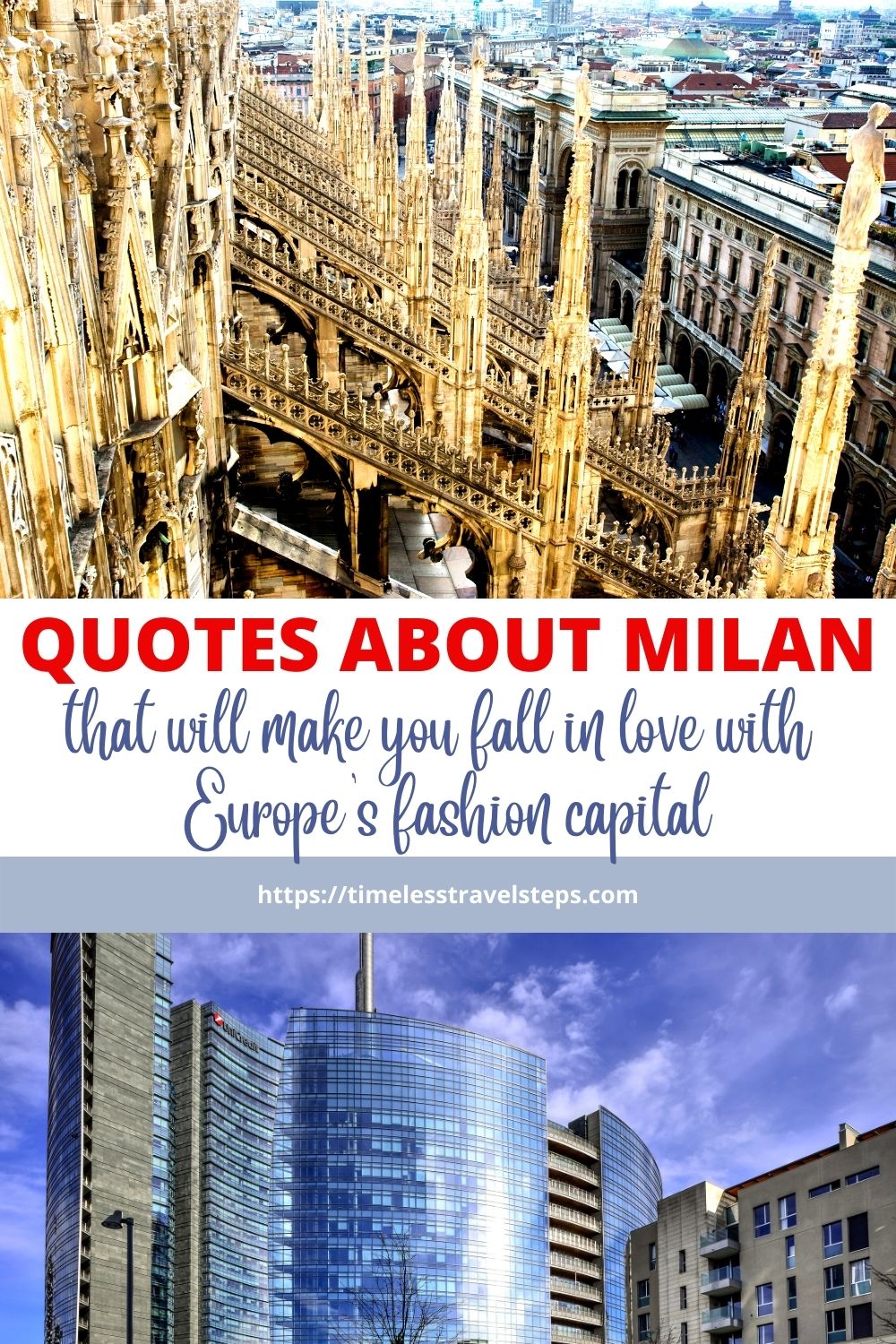