National Maritime Museum Greenwich is the largest in the UK and is possibly also the largest of its kind in the world.  This iconic building is part of the Maritime Greenwich World Heritage Site.

It is a perfect place to visit after the Queens House Greenwich as it is located next door.

The National Maritime Museum is a museum fit for both young and old. I can assure you that it is a place which will not bore you! 😊 It features popular artworks and space-photography that will capture your interest from the time you walk-in as it did mine.

It is a place where you can stroll at leisure and take a breather while your kids or grand-kids are entertained with the many activities and objects that are showcased here. An  interesting venue for both kids and adults, and you will be intrigued and entertained, for sure.

I was particularly drawn to the following five attractions:

Nelson’s Ship in a Bottle is a replica of Nelson’s HMS Victory, in a bottle by Yinka Shonibare, MBE. This is located just outside the Maritime Museum building. It is a popular piece of artwork, scaled-down to the very detail of the Nelson’s flagship, HMS Victory in which he died during the Battle of Trafalgar in 1805;

The Figure Head Collection is a collection of more than 230 figureheads, reflecting ornamental carvings from late 17th century. It tells a story of how it developed through the centuries until early 20th century;

3 | The Traders Gallery at the National Maritime Museum Greenwich

The Traders Gallery tells a story of British history which spanned over 250 years under the powerful East India Company. The East India Company’s trading patterns changed in the late 1700’s. By this time, it made most of its money from the trade in China tea, as tea drinking became popular in Britain.

3.1 | The Opium Pipe in the Traders Gallery

The Opium Pipe in the the Traders Gallery is the original opium pipe made in ivory and terracotta. It stands as a reminder to Britain’s trade history with China with repercussions felt to this day.

The Traders Gallery depicts the stories of what led to the first and second Opium Wars with China and how the East India Company shaped the trade between Britain and Asia.

Britain had resorted to using opium as means to payment in exchange for tea as tea drinking became popular in Britain. Recreational use of, and addiction to, opium became popular and widespread that the Chinese government prohibited the use of opium in 1839. The Chinese authorities seized and destroyed 20,000 chests of opium. This led the British government to insist on compensation, failing which they initiated the First Opium War (1839-42) and then the Second Opium War (1856-1860).

The stories in the gallery continued to illustrate the rise and fall of this majestic East India Company, the end of the Company that changed the world, the effect of its lasting legacies which is felt even today. There are more details on the trade with India and the far east. It was a good history lesson and brings to light the good, the bad and the ugly side of Britain’s trade in the East.

4 | Great Map of the World at the National Maritime Museum

The Great Map of the World is a super large map drawn on the floor. You can find it on the second floor, at the North Wing of the National Maritime Museum. This huge Map makes a nice playground for children from age 1 to 99!

The North Wing provides a nice area to relax, take a break, stop for snacks and coffee. There is a cafe here which provides a selection of sandwiches and cakes if you need to take a break while watching your kids play.

Prince Frederick’s Barge is a colourful barge which was designed by William Kent, built by John Hall and completed with carved decorations by James Richards between 1731 and 1732. It has a flat mid-section to accommodate the cabin. It was rowed by 21 oarsmen and steered by a barge-master. It is gilded with small square sheets of 22-carat gold leaf applied over a thin layer of glue.

The barge enhanced the royal status of Prince Frederick and the carved decorations symbolised his position as the heir to the British throne and suggests the maritime power of the nation.

6 | Other events at the National Maritime Museum Greenwich

Currently, the museum features The World’s Best Space Photography with amazing space photos and it is a ticketed event. Prior booking is highly recommended. There are a number of scheduled shows and events that takes place daily which you can check on the day of your visit at the reception or you can ask any of the tour guides there who are extremely helpful.

My thoughts on the National Maritime Museum

I found my visit here enjoyable probably because I was not as distracted as I was when on my first visit with my kids. I especially liked the Opium Pipe in the Traders Gallery. It is something which I recall seeing but now I noted its beautiful and intricate details – made of ivory and terracotta.

I would highly recommend that you visit this National Maritime Museum as it is educational for kids. As for adults. it brings us back in time and reflect on the World’s history. No matter how you see it,  it is good to fit this into your itinerary for completeness as part of a nice little day trip!

Summary of Experiences at the National Maritime Museum Greenwich

1. Possibly the largest of its kind in the world

2. Nelson’s Ship in a Bottle

5. Map of the World – various continents

7. Exhibitions – at the moment it is on “Space Photography”

Toilets and baby-changing facilities are accessible.

Was this post valuable to you as an aid to planning your visit to Greenwich, London? If so, let me know in comments below or via Contact Form.

You may be interested to read the following articles as well 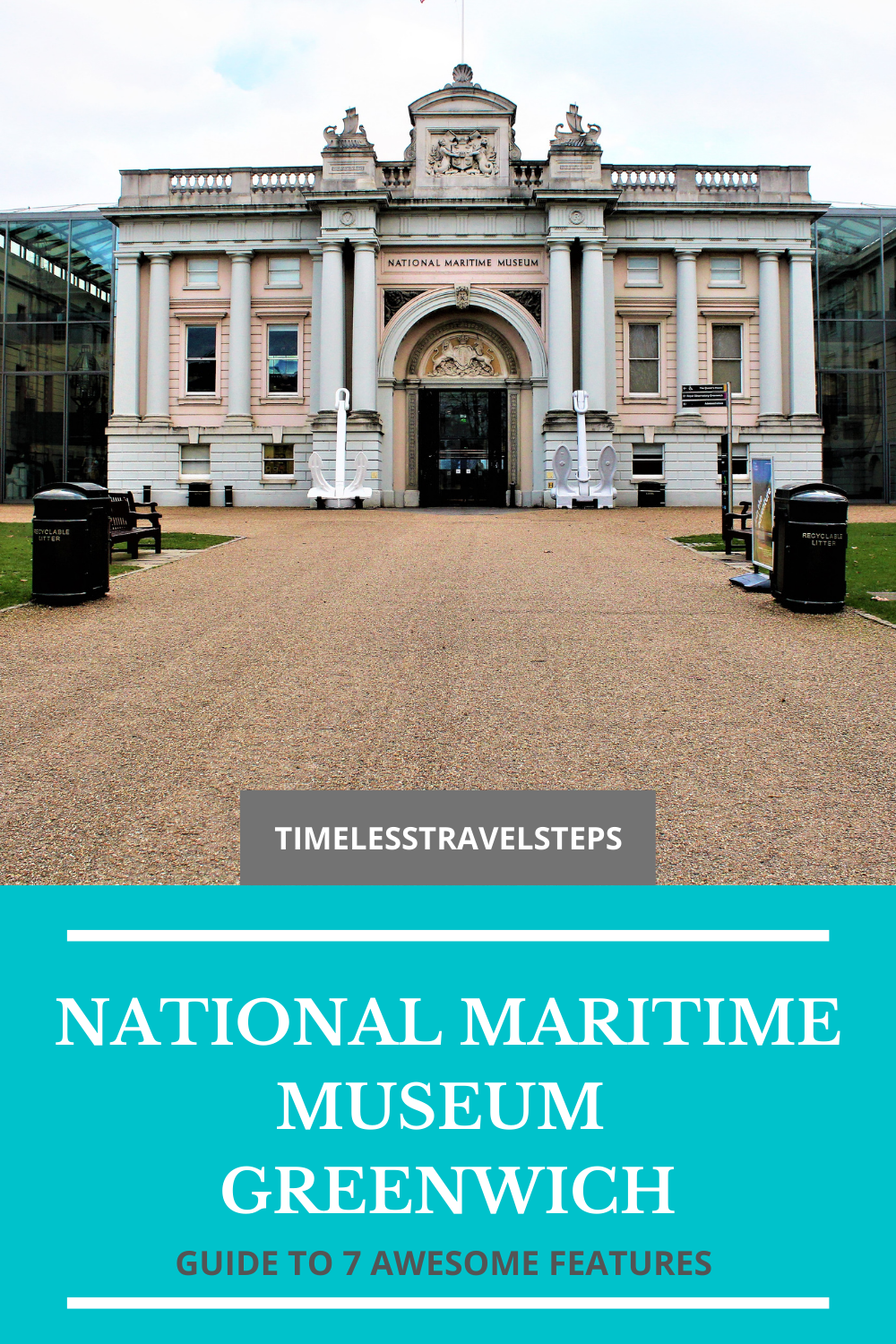