Standing gallantly along the Guadalquivir River in Seville, Southern Spain is a simple-looking twelve sided tower called Torre del Oro. This incredibly deceptive tower once stood watch over the city, ready to defend against enemy invasion by the river. Built in the 13th century by the Almohad rulers, Torre del Oro was recognised as a historic symbol of the city of Seville in 1931. The tower is presently a maritime museum. The panoramic terrace offers great views over the city.

Located on the left bank of the River Guadalquivir, the noble Torre del Oro or the Tower of Gold was constructed between 1220 and 1221 by then rulers of Seville, the Almohad Caliphate. Its purpose was a military watchtower to protect the city of Seville from the Castilian fleet during the Reconquista. As a watchtower, it also served as one of the two anchor points for a large chain that would have blocked any on-coming enemy ships in the River.

The Tower of Gold was built using mortar, lime and hay. The combination of these materials projected a subtle golden shine against the river waters, hence it inherited the name, in Arabic, Borg al-Dsayeb or ‘Tower of Gold’ in English.

Interestingly, not all of what we see today of the 36 metres tower was built in the 13th century. The Torre del Oro has three levels.

The first twelve-sided level was built in 1220 – 1221. Added to this dodecagonal structure was a further 8 metres of the same design, built by the King Pedro 1, (‘Peter the Cruel’) in the 14th century. The third and the uppermost circular level were added in 1760. This incredible tower has been honoured with the title of a historic-artistic monument since 1931.

During its very many years, the Gold tower had been a chapel, a noble prison, a gunpowder warehouse and a strategic post of Naval Command.

The Torre del Oro today is home to a small naval museum occupying two floors along with a panoramic terrace.

Opened in 1944, the Tower of Gold is home to the Maritime Museum of the Torre del Oro in Seville. There are a series of exhibitions in this monument, beginning with its history, and view of the tower before the walled enclosure of 1760. A model of ‘Real Fernando‘, the first steamboat built in Spain.

You will also find ancient marine charts and documents along with compasses, nautical mechanisms, and fossilised marine debris.

A visit to the Tower of Gold also affords access to the panoramic terrace, with views of Seville city and the Guadalquivir River.

You can find the Tower of Gold located at:

A voluntary contribution of €3.00 is recommended.

Accessing and visiting the Tower of Gold is easy and it does not really take too long to enjoy what the Naval Museum of Seville has to offer. We recommend that you combine this quick visit with one of the many popular boat tours of the Guadalquivir River. Enjoy a different view of Seville from the famous waters of Guadalquivir River. Torre del Oro is ideally located and is the departure point for many of the river cruises in Seville.

The Guadalquivir River one-hour city cruise runs regularly from the Torre del Oro and starts from just £12.50 per person (Feb. 2022).

Ways to discover the City of Seville

Guadalquivir Yacht Tour – from £20.84 per person 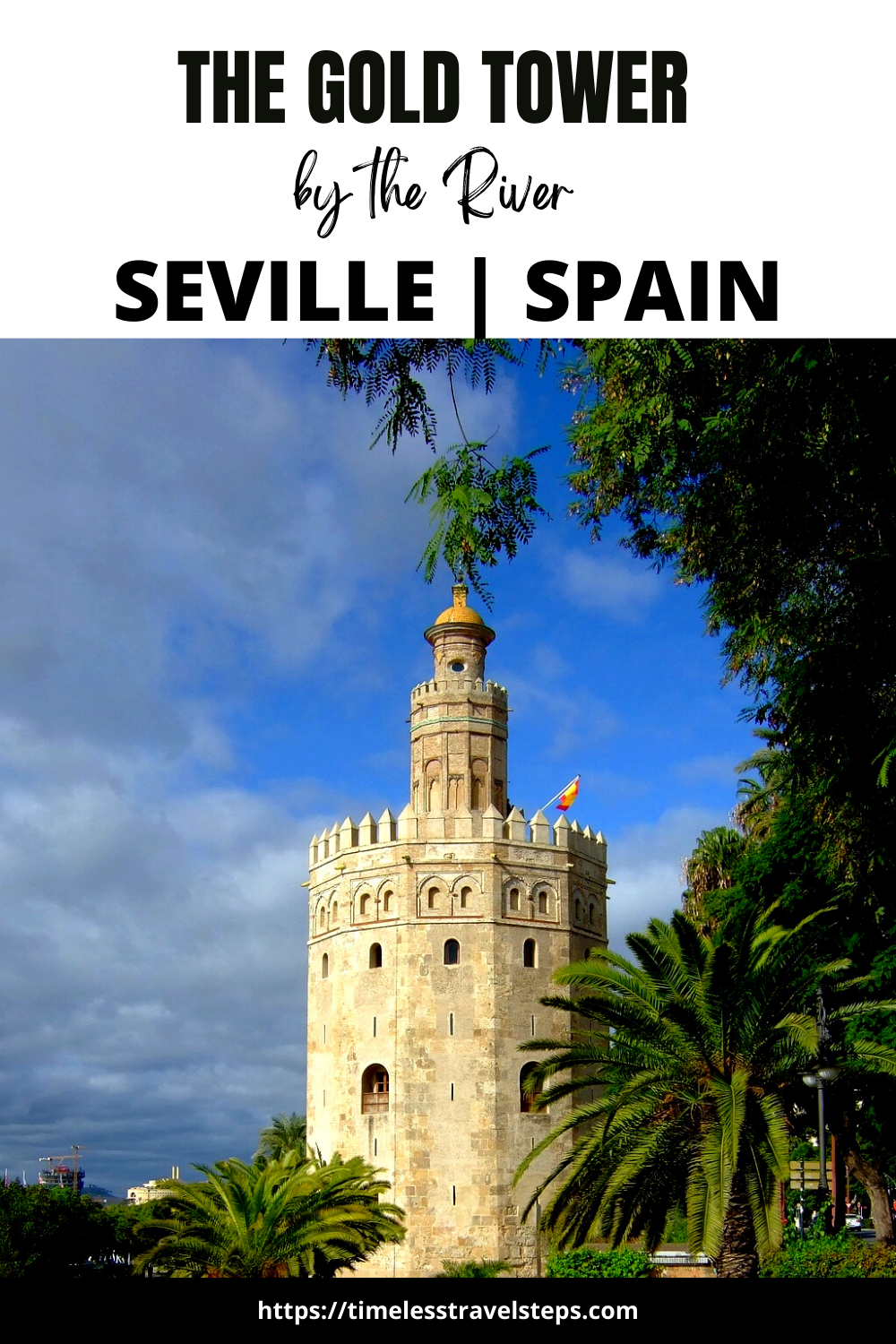