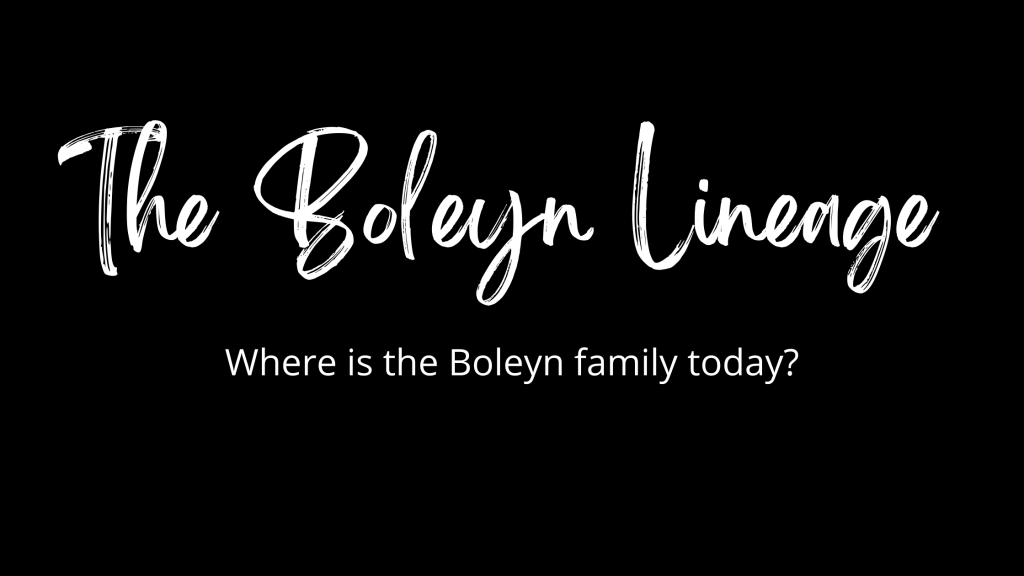 I think it is fair to say that “Anne Boleyn” and the name “Boleyn” itself has had many historians, researchers and bloggers like me awake on many a night trying to find answers to the tragedies, twists and turns that befell this fascinating family that rose to fame during the Tudor era. What is more interesting and, certainly kept my midnight oil burning was to find consensus on the origins of the family, the Boleyn lineage, and how the present royal family are the direct descendants of the Boleyn family.

I must admit that I am no where near to accomplishing all the materials available on this subject as yet, to present a complete set of findings to you on the origins of the Boleyn family and the wider Boleyn lineage. However, I was much inspired by the recent television documentary on the Boleyns and to cement my curiosities as to how the present royal family are the direct descendants of the Boleyn, I narrowed my research to this particular part of British history.

What to expect from this article on the Boleyn lineage

Links to resources are appended at the end of the article.

What was the Boleyn real surname – Boleyn, Bullen, Bolan or something else?

Many questions has been raised on the Boleyn surname. Is it Boleyn, Bullen or Bolan? A reader of my previous article on “The Boleyns, Who were they and what happened to them after Anne’s death” kindly wrote in to let me know that the original spelling was ‘Bullen’ and that there are still people with this surname in the Norfolk area. In fact, Thomas Boleyn, Anne Boleyn’s father has his tombstone engraved with ‘Bullen’ and is buried at Hever. This inspired me to research further.

Variations of the surname ‘Boleyn’

My research led me to discover that there are a number of variations in the spelling of the surname Boleyn – Bullen, Bolan, de Boullan, Bolen, Bulleyn, Bullaygne. I append a few examples below:

In 1509, during the funeral of Henry VII, “Bolan” was used to address Sir Thomas. In the very same year of 1509, an invite to Sir Thomas and his wife Elizabeth, for the coronation of King Henry VIII and Catherine of Aragon reads “Boleyne” and “Bolen” respectively. Sir Thomas’ brother, James went by his surname spelt as “Bulleyn”. In fact, Anne Boleyn herself, signed off as “Anna de Boullan’ in a letter she wrote to her father in 1513 when she lived in Austria.

In a research carried out by Rev. Canon Parsons, who authored “Some notes on the Boleyn Family” in 1935 concluded that whilst the surname was spelt in various ways: “…Boleyn, Buleyn, Bolen, Bulleyne, Boleyne, Bolleyne, Boyleyn, Bowleyne, Bulloigne, and the modern form Bullen” , the spelling, “Boleyn” was the most common of the medieval forms.”

Popular and accepted spelling of the surname ‘Boleyn’

Note: The city of Boulogne in France was written as “Boleyn” in the Chronicles of Calais. There are also other documents that refer to Boulogne as Boleyn. Historians belief that the Boleyn family originated from here and made their way to Norfolk during the Normans invasion in the 11th century. This opens up a whole new world of discovery for me, and I hope one day, that I shall be able to investigate further.

A recap of earlier history of the Boleyn family

The earliest recorded history of the Boleyn family in England begins in the thirteenth century and surrounds humble beginnings.

There are mentions of a John Boleyn acting as surety for a William Boleyn in the local register of Walsingham Abbey, Norfolk in 1283.

Where do we begin…

Therefore, it is with Thomas Boleyn, born roundabouts 1350 where we will begin to trace the Boleyn lineage in this article.

To reiterate, this article on the Boleyn Lineage is intended as an overview. I have not included details of events and background information but have provided recommended reads and links.

Are there any direct descendants of Anne Boleyn?

Anne Boleyn is known to have one spouse, Henry Tudor of England. They had one child who survived infancy. Elizabeth, was born on September 7, 1533. Queen Anne fell pregnant in 1934 and 1536 but both were stillborn. Therefore, Elizabeth was the only child of King Henry VIII and Anne Boleyn.

Elizabeth succeeded to the throne in November 1558 when her half-sister, Mary Tudor (1516 – 1558) died and became Elizabeth Tudor England. She was Queen of England and Ireland from September 17, 1558 until March 24, 1603 when she died. Queen Elizabeth was a popular queen and her 45-year reign is said to be one of the best in history. She is sometimes called the Virgin Queen, Gloriana or Good Queen Bess. Queen Elizabeth never married, hence the nickname, the ‘Virgin Queen’. She was the last of the five monarchs of the House of Tudor, and with no heir to the throne, effectively ending the Tudor reign. This also means that there are no direct descendants of Anne Boleyn.

The Boleyn Lineage – Coat of Arms of the Boleyn Family

For ease of understanding, we shall return to Anne Boleyn’s family and begin the Boleyn lineage from one of Thomas Boleyn’s children.

We know that Anne Boleyn was one of three siblings born to Thomas Boleyn, 1st Earl of Wiltshire and Elizabeth (Howard) Boleyn. Anne’s older sibling was Mary Boleyn (mistress to Henry VIII for some time) and her younger sibling, George Boleyn (who was executed on May 17, 1536, 2 days before Anne Boleyn’s execution). There are no other surviving children of Thomas Boleyn. This means Mary Boleyn was the only survivor of the Thomas Boleyn’s children.

Recommended read: Anne Boleyn – The most magnetic and enduring of Tudor Queens.

Follow the highlighted trail from Mary (Boleyn) Stafford, the older sibling to Anne and see where it leads…

*Mary was a mistress to Henry VIII for some time and some believe that Catherine Carey and Henry Carey were Henry VIII’s children.

In 1534, Mary fell in love with William Stafford KB and they married in secret, without the approval of the King or her father, Thomas Boleyn. As a result, Mary was banished from the royal court and fell into disfavour.

Mary did reconcile with her father who allowed her to live at Rochford Hall, Essex.

Follow the highlighted names from Catherine Carey’s daughter, Lettice Knollys and see where it leads…

Conclusion on the Boleyn Lineage

In writing this overview on the Boleyn Lineage, I came across lots of resources and opportunities to delve deeper into the origins of the Boleyn family, but it shall be left to some time in the future. As always, I find History to be an incredible tapestry of humanity and hope to bring them to you whenever I can should it relate to and add value to our travels.

To add value to our travels and on the Boleyn trail, you may wish to read the following articles also:

As the title of the article suggests, this is the best guide – it has all the information from its very beginning in the 11th century to present day. Visit the places where prisoners were once tortured, the spot where Anne Boleyn was executed, the Church which was Anne Boleyn’s resting place after her execution and the lasting memorial on Tower Green.

Read: Tower of London – The Best Guide to What you need to know before your visit

Read: 7 Best Ways to Visit the Tower of London

i | Admission tickets to the Tower includes admission to see the Crown Jewels.

Visit the magnificent Hever Castle in Kent, England which was Anne Boleyn’s childhood home. Learn of its history that spans 700 years, the incredible architecture and the beautiful gardens that surrounds the castle. There are two prayer books on display, belonging to Anne Boleyn that bears her signature.

For a complete guide including how to stay at the castle, read: The Magnificent Hever Castle – Anne Boleyn’s Childhood Home

Visit Blickling Hall, a stately home in Norfolk, England which was the former home of the Boleyns and the birth place of the Anne Boleyn.

Articles and resources on British History Explore the best of England 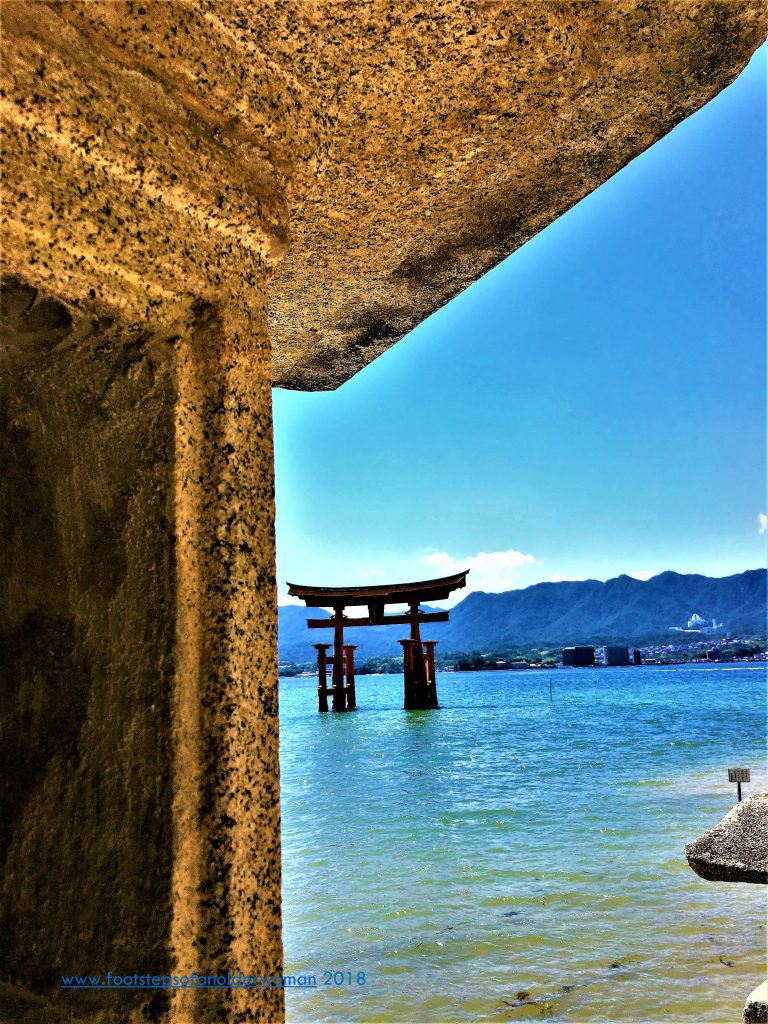 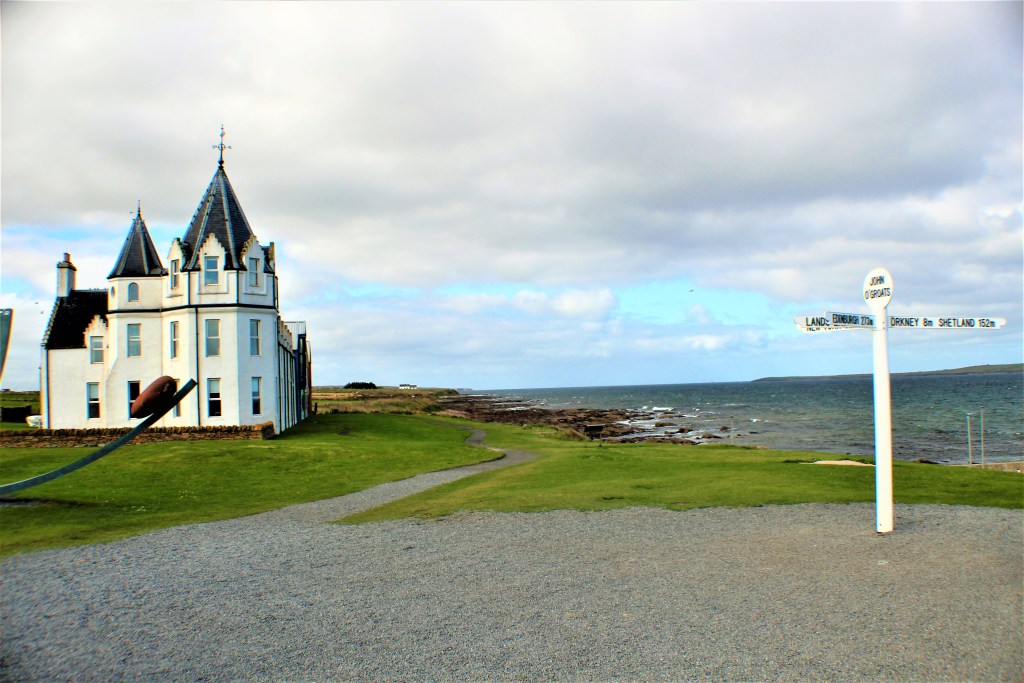 Resources on the Boleyn Lineage

Recommended books on the Boleyns

Television documentary – if you wish to watch it

The Boleyns – A Scandalous Family

Thanks to a fellow blogger who kindly wrote in on this documentary after reading my previous article on the Boleyn family.

Notes by The Rev. Canon W. L. E. Parsons, Rector of Salle, in Norfolk Archaeology or Miscellaneous Tracts relating to the Antiquities of the County of Norfolk, Norfolk and Norwich Archaeological Society, Vol. XXV, 1935, p386-407

The Life and Death of Anne Boleyn, Eric Ives

The Boleyn Lineage – An easy overview on Where the Boleyn descendants are today first published at timelesstravelsteps.com in September 2021. Updated February 22, 2022 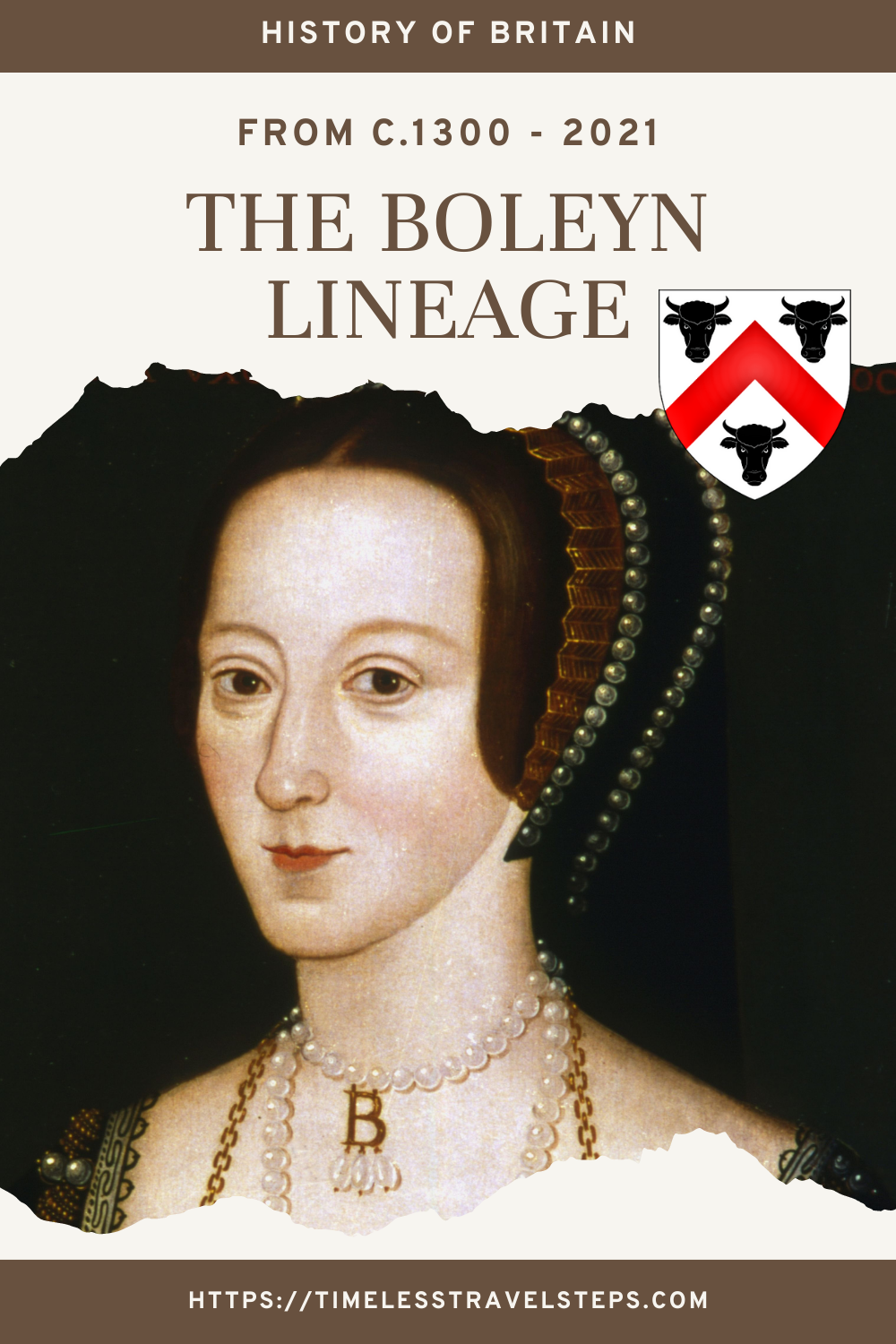